In a rare exchange, scientists and water resources engineers from Iran and Utah are collaborating on a bold scientific study to restore one of the world’s largest saline lakes. 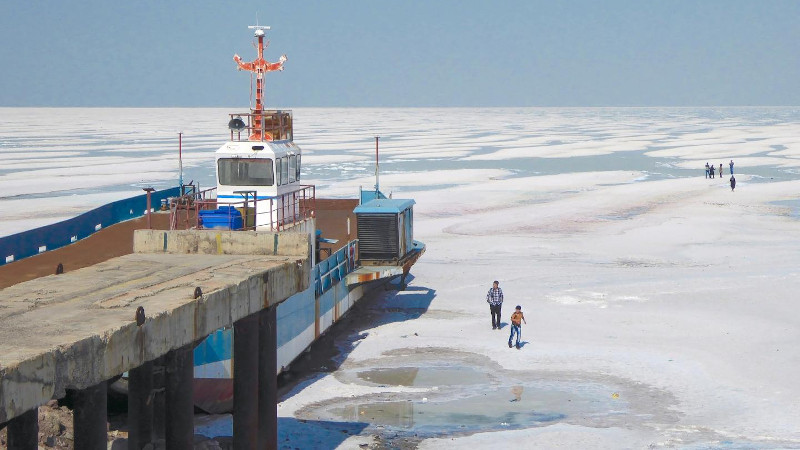 Lake Urmia — a massive salt lake in Iran’s northwest and a sister to Utah’s Great Salt Lake — has lost nearly 95 percent of its volume over the last two decades. As water levels drop, salinity spikes, threatening the lake’s brine shrimp population and the flamingos and other bird species that depend on the shrimp for food. Lake levels are so low that at some coastal resorts, tourism boats must be pulled a kilometer (0.6 mile) or more from shore by tractor before reaching suitable depths. In addition, new land bridges are forming in the drying lake bed which allows mainland predators to threaten endangered mammals living in the southern islands. The vast, dry lakebed imposes a growing dust problem for the five million residents who live in the Lake Urmia basin. What’s more, the area’s ecotourism industry has collapsed, and now experts fear an environmental disaster awaits if drastic changes are not made.

“We’re at the tipping point,” said professor and lead author Somayeh Sima of Tarbiat Modares University in Iran. “Every single step matters. We have to take action now.”