The Toronto's shelter bus for homeless

It will help when shelters are full, and it's too cold to sleep outside. 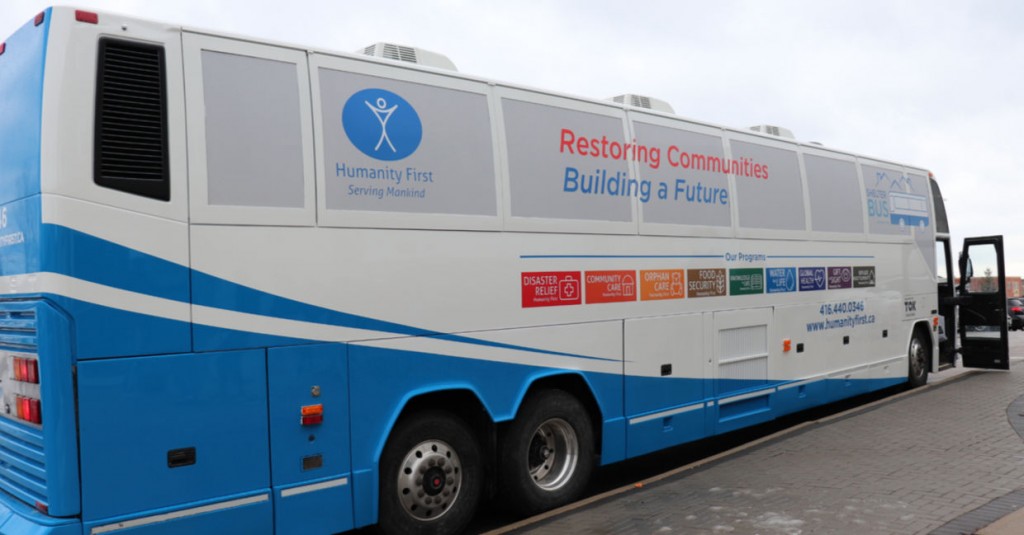 Canada is an amazingly beautiful northern country that is cold, very cold, during the winter months. Playing in the snow, sledding, ice skating, and other winter activities fit the northern country's climate well. And when it is too cold, sitting inside and watching the snow fall while you drink hot cocoa and warm your feet by the fire is the way to go.

Canadian winters are far too cold to spend huge amounts of time outdoors. And sleeping outdoors can be fatal for the country's homeless. While Canada has done a great job in creating extra shelter space in the winter, the shelters – especially in Toronto – are still overcrowded and cannot always accommodate the extra demand – 35,000 Canadians are homeless on any given night – according to Humanity First, a humanitarian relief organization that is registered in 50 countries. That's why the organization came up with an out-of-the-box solution; a Shelter Bus for the homeless.

The shelter bus, a former coach bus that was going to be scrapped, was transformed into a shelter on wheels that will travel downtown Toronto every night until March 2020. The bus contains 20 beds, a lounge, and a kitchenette that dishes out a hot meal, as well as secure storage space. It will be staffed by a paid driver and volunteers from the Ahmadiyya Muslim Youth Association.

When Naeem Farooqui, a volunteer for Humanity First saw that buses were routinely scrapped while they still had some life in them, he saw an opportunity to repurpose them for the greater social good, he told the Huffington Post Canada. The organization raised around $10,000 to buy and renovate the bus.

The day before the inaugural night of the rolling shelter, Toronto's shelters were 93 percent full according to the Huffington Post Canada and shelters for families were full to capacity. The city recently announced that it is adding 500 more shelter beds but they they will not be ready until January.

Unlike traditional brick and mortar shelters, the organization's approach is very flexible. It will be allowed to choose its own route and park at various locations around the city. Farooqui said the route will change according to where people need the most help. He is already looking to expand the program to North Bay, Ontario and Calgary. “Next year we’re going to have three running,” he said.

In Canada's southern neighbor, Vehicles for Change is converting old school buses into tiny homes for homeless people in Oregon. In San Francisco, the Lava Mae buses and trailers provide 2,000 showers a week for the homeless. The organization believes that providing hygiene helps to restore human dignity.

Every person deserves to live with dignity and have a warm roof over their heads. That's why Humanity First's Shelter Bus is kindness on wheels. No-one should have to sleep outside in the cold.