No chemicals, synthetics, or gravestones – the goal is to return to the Earth as quickly and subtly as possible. 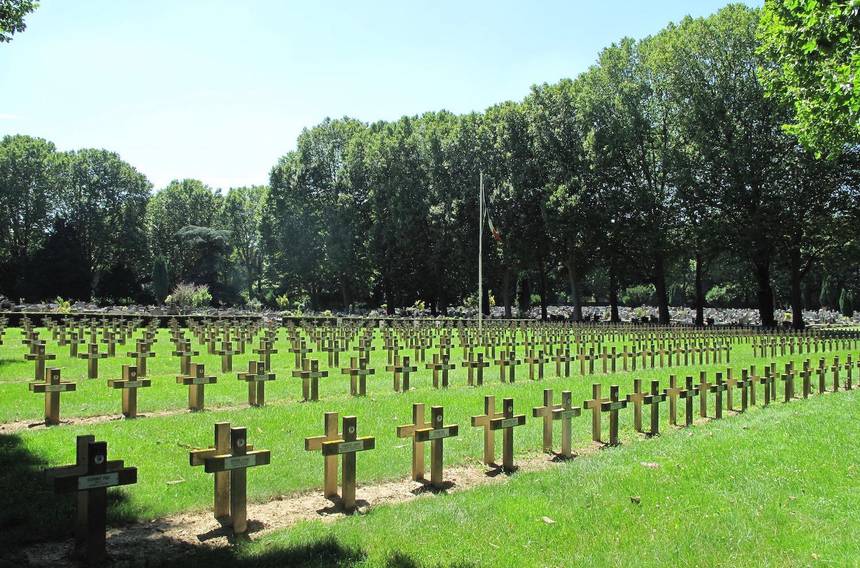 Public Domain tangopaso – Graves of soldiers killed during WWI in the cemetery of Ivry-sur-Seine, (Val-de-Marne, France)

Paris recently opened its first green cemetery at Ivry-sur-Seine. Part of the already-existing cemetery has been dedicated to eco-friendly burials, meaning that Parisians concerned about the lasting ecological impact of their funerals can now rest in peace.

The cemetery will do away with gravestones, replacing them with wooden markers that the city of Paris has said it will replace every ten years. Coffins and urns must be made out of biodegradable materials, either cardboard or unvarnished local wood, and bodies must be clothed in natural biodegradable fibers. They cannot, of course, be embalmed with formaldehyde.

The new 'green' section of the cemetery comprises 17,000 square feet and only 150 plots, but I suspect that if it proves to be popular, other cemeteries will offer something similar. Between 1980 and 2016, cremation went from 1 percent to 36 percent of French funerals, with the environment being cited as a contributing factor, so there is good reason to think that this trend will continue to grow.

CityLab reported on how polluting funeral preparations can be:

"A 2017 study conducted at the request of the City of Paris found that traditional burials generate, on average, 833 kilograms (or almost 1 ton) of carbon dioxide, nearly the equivalent of a round-trip flight between Paris and New York. Cremation produces an average of 233 kilograms (500 pounds), and burial without a tombstone, 182 kilograms (400 pounds)."

The decision to make part of Ivry more sustainable was described in Le Monde as "a return to what was done in the country for millennia."

Other green funeral initiatives are popping up around the world, although many are not yet legal. Human composting is a fascinating area of research, now allowed in Washington state, that transforms human bodies into usable soil. Italian company Capsula Mundi has designed beautiful egg-shaped pods which fold the body into a fetal shape and are planted beneath a tree, turning cemeteries into 'sacred forests', although these are not yet allowed. It does sell a biodegradable urn that can be used for cremated remains and planted next to or beneath a tree.