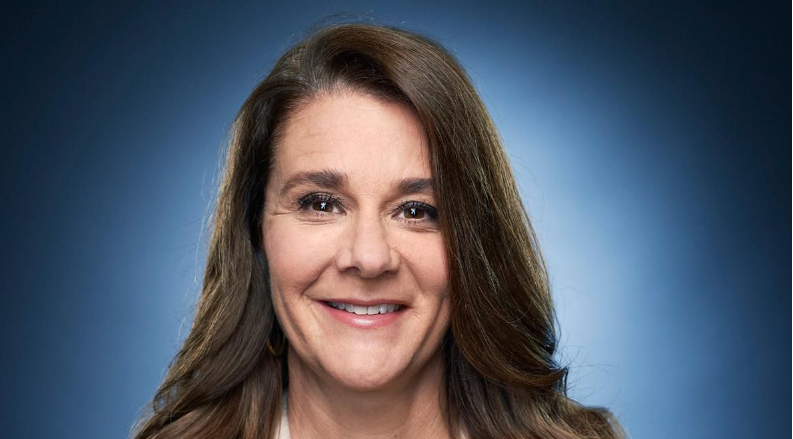 Melinda Gates can boast a long list of accomplishments — and now she's adding one more.

Ranked sixth in Forbes’ recent “World’s Most Powerful Women list” and credited as the “most powerful woman in philanthropy," Gates has launched her newest endeavor on March 5: a platform called Evoke that will highlight inspirational stories advocating for equality and change.

“The fact that we’re launching in March — Women’s History Month — is no coincidence,” her note on Evoke's website read.

Each month, Evoke will publish uplifting stories focused on a specific theme. For March, the theme is “forward.”

The site's first essays include “The fight to end period poverty,” in which a student activist discusses her #FreePeriods campaign, and “Girls Garage,” the story of how an all-women design and building program came to exist.

The website is a content-sharing platform designed to bring forth motivational stories of people from around the world working to end poverty and advance equality. The site's stories — categorized as “Fresh Takes,” “Deep Dives,” and “Big Ideas" — are meant to prompt conversations. The platform itself is intended to foster a "community of optimists."

The office oversees her investments in support of women and people of color in industries that lack diversity. Gates’ advocacy has specifically highlighted the importance of inclusion in the tech industry, which according to her, has been historically dominated by “white males.”

“In 1985, women made up 37% of the computer science graduates. Today that number has been cut almost in half: It's now just 19%,” Melinda wrote in one of the first posts on Evoke.

Raising concerns over the effects of the increasing gender gap in the tech industry, Gates questioned whether she would be where she is today if the numbers looked the same when she was starting out. “There’s a big chance my career in tech — and everything that experience gave me wouldn’t have happened at all,” she wrote.

Her own career began at Microsoft, where she worked her way up to become the general manager of information products, managing a team of almost 2,000 people, before meeting her future husband, Bill Gates. Still, she was one of a handful of women to achieve such success in the industry at the time.

It's stories like these and other development solutions that Evoke hopes to spotlight.

“That’s why I created this platform: to evoke that sense of possibility," she wrote.