Indonesians can now pay their bus fare in plastic bottles

Residents of Surabaya, can bring their empty plastic bottles and cups to the bus station and exchange it for a ticket. 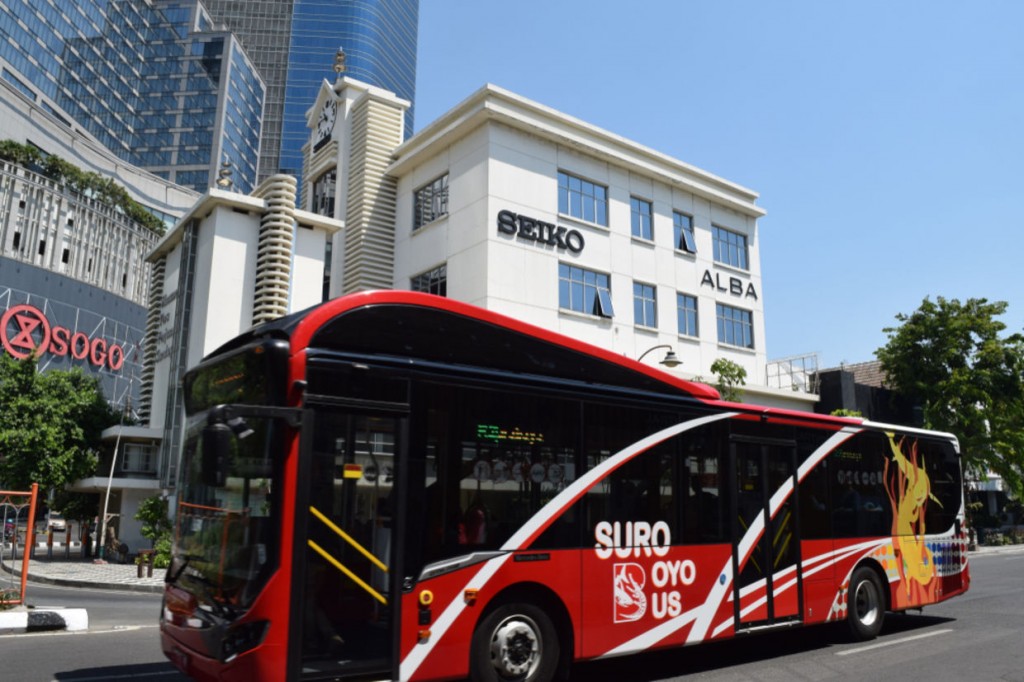 Paying for bus rides with plastic usually makes people think of plastic credit cards and not plastic waste. But one Indonesian city has decided to accept plastic recyclable waste in lieu of money for city buses.

Surabaya, Indonesia's second largest city located on the eastern tip of the country’s main island Java, launched this new initiative in April 2018. Now, residents can pay for their bus rides by dropping off the plastic at the terminal or directly on the bus. A two-hour bus ride costs 10 plastic cups or up to five plastic bottles.

Irvan Wahyu Drajad, the head of Surabaya’s transportation department told Reuters, “Through this initiative, we hope to raise public awareness on the environment, especially issues that relate to plastic trash.”

Each city bus can collect up to 550 pounds of plastic bottles and cups every day equally 7.5 tons a month. The collected bottles are auctioned off to recycling companies and the money earned from the auction goes toward running the bus operations and to fund green spaces in the city. This is certainly turning trash into a national treasure.

The new initiative is part of the city's goal to become plastic waste-free by 2020. “This is our commitment in handling plastic waste that cannot be destroyed for hundreds of years,” the city’s mayor Tri Rismaharini told the Antaka News Agency.

To encourage bus ridership and a reduction on the reliance on private vehicles, the city also rolled out the new Suroboyo buses. The new buses are air-conditioned, comfortable and easily accessible for elderly and disabled passengers.

The program is well received. Sulastri, a Surabaya resident told Reuters, "We can reduce trash so it doesn't pile up at home because we can just bring them in and make good use of it. It is a win-win situation."

Surabaya is the first Indonesian city to adopt the plastic for bus rides program and follows similar programs in other cities around the globe. In Istanbul, Turkey, there are vending machines installed in subway stations that accept used plastic water bottles for payment of the subway fare. Most of these machines are located in high-traffic or tourist area stations.

These types of initiatives can be models for other cities worldwide and give citizens a fantastic incentive to recycle their plastic waste.

How recycling hotel soap can save lives

Veterinarian has treated over 400 homeless people’s pets for free