The young activist has turned down an environmental award and prize money because "the climate movement does not need any more awards". 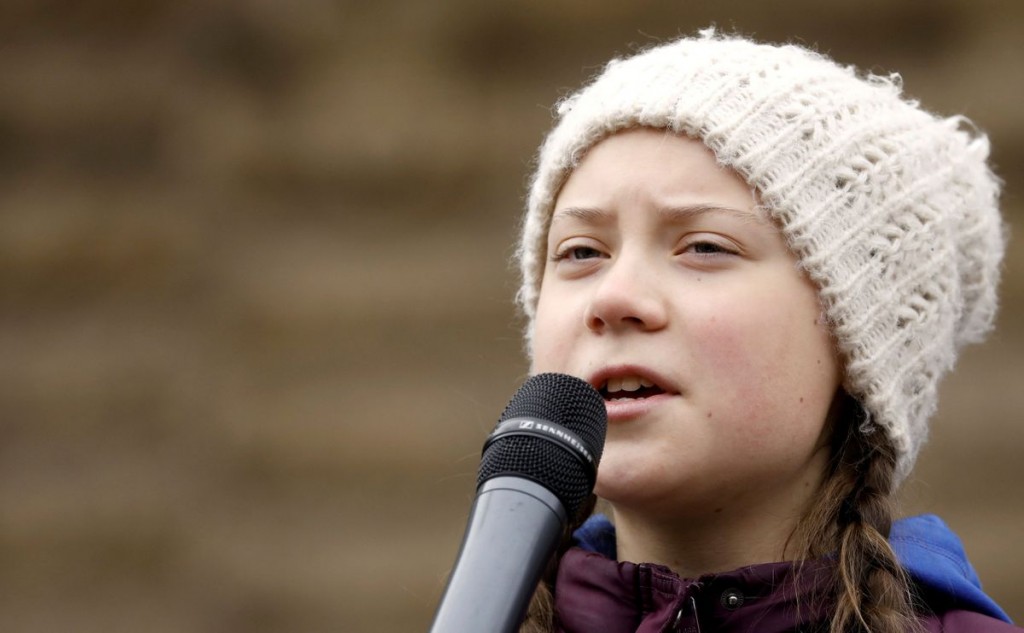 She said the offer was a "great honour" and thanked the Nordic Council, which said it respected her decision.

But, she said, "politicians and the people in power" need to listen to the "current, best-available science".

Ms Thunberg was this year's favourite to win the Nobel Peace Prize, but the award went to Ethiopia's Abiy Ahmed.

In an Instagram post explaining her decision to turn down the prize money of 500,000 Swedish kronor (£40,000; €46,000), Ms Thunberg said: "The Nordic countries have a great reputation around the world when it comes to climate and environmental issues.

But she said Nordic energy consumption told "a whole other story".

She referenced a report from from WWF and the Global Footprint Network, which says Sweden, along with most of the Nordic region, lives as if the world has the resources of four planets.

The gap between what science said was needed to limit a global temperature increase and what was being implemented was "gigantic", said Ms Thunberg.

"We belong to the countries that have the possibility to do the most. And yet our countries still basically do nothing," she added.

The president of the Nordic Council, Hans Wallmark, said the organisation respected Greta Thunberg's decision and called her movement "a good cause for everyone".

He said the council - which encourages co-operation between parliaments in countries including Denmark, Finland and Ms Thunberg's home country Sweden - would think carefully about what to do with the prize money.