Coldplay to pause touring until concerts are 'environmentally beneficial'

Coldplay have put plans to tour their new album on hold, due to concerns over the environmental impact of concerts. 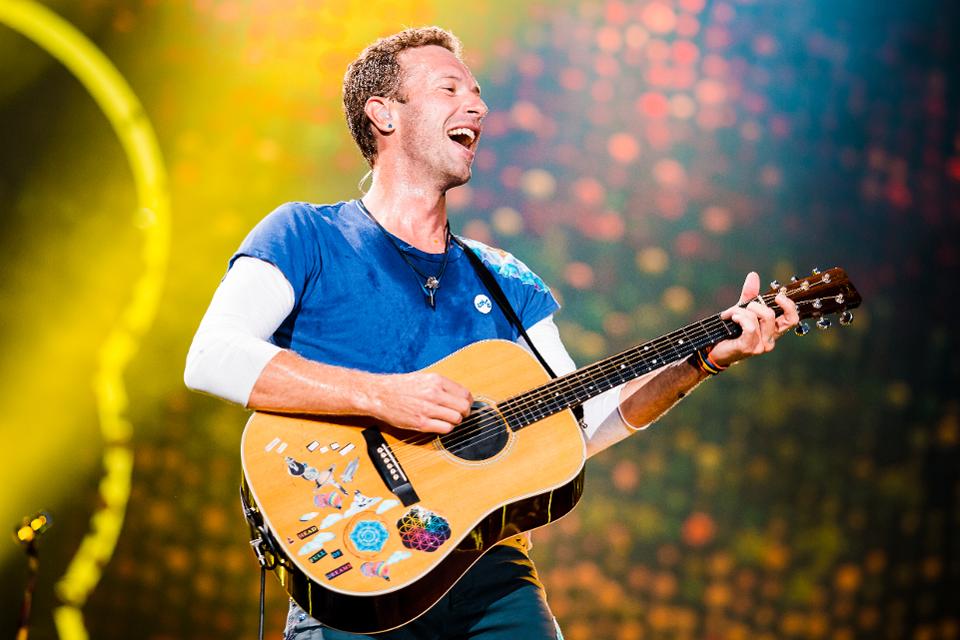 "We're taking time over the next year or two, to work out how our tour can not only be sustainable [but] how can it be actively beneficial."

"All of us have to work out the best way of doing our job," he continued, saying the band wanted their future tours to "have a positive impact".

The British band are in the Jordanian capital Amman to perform two shows that will be streamed live on YouTube.

The concerts, to be staged on Friday at sunrise and sunset respectively, will mirror the two halves of their new album Everyday Life.

The UK band last travelled the world with their A Head Full of Dreams Tour, which saw them stage 122 shows across four continents in 2016 and 2017.

"Our next tour will be the best possible version of a tour like that environmentally," Martin said. "We would be disappointed if it's not carbon neutral.

"The hardest thing is the flying side of things. But, for example, our dream is to have a show with no single use plastic, to have it largely solar powered.

"We've done a lot of big tours at this point. How do we turn it around so it's no so much taking as giving?"

The WWF welcomed Coldplay's initiative, saying: "It is fantastic to see world-famous artists stepping up to protect the planet.

"We all have a responsibility to lead by example in the face of this climate and nature crisis - inaction is not an option if we are to preserve our planet for future generations," said Gareth Redmond-King, the organisation's head of climate change.

Speaking to BBC entertainment correspondent Colin Paterson, Martin said Jordan had been chosen because "we wanted to pick somewhere in the middle of the world where we normally don't get to play".

He said the new record - which will be released on Friday - reflected the band's global perspective.

"If you've had the privilege of travelling around the world, you know we're all from the same place," he went on.

"In a very gentle British way, this record is us saying we don't feel different from any human on earth."

Martin said songs from Everyday Life had been inspired in part by BBC News reports about an Afghan gardener and a Nigerian hymn composer.

"Journalism at its best finds these individual stories that reinforce our shared humanity," he explained.

Coldplay will perform a one-off concert for fans at the Natural History Museum in London on 25 November.

All proceeds from the show will be donated to an environmental charity.