Volunteer an hour at Soul Kitchen and receive a free meal. 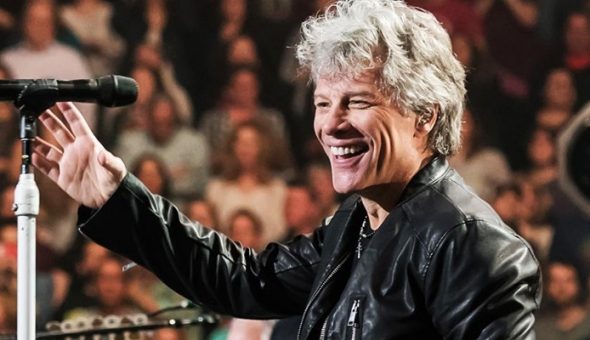 The newest place to eat on the Rutgers University's Newark, New Jersey campus is not a cafeteria or pizza joint. Hungry students can have a three-course delicious meal at Soul Kitchen for free.

World renown New Jersey bred rock star Jon Bon Jovi recently opened his third volunteer-based restaurant on the campus in January 2020. JBJ Soul Kitchen works offers healthy and delicious meals to both paying patrons and to students who can’t afford to pay in an open, welcome, and diverse space, according to MSN News.

There are no prices on the menu. Diners who can afford it, pay donate $12 or swipe their student meal card. Or, people can volunteer their time to receive a meal. Volunteers have the option to work at the Soul Kitchen or at other campus dining locations; for each hour they volunteer they receive credit for a meal according to NJ.com.

Students often have to compromise on a social activity or spend money that they don’t have. With Soul Kitchen, students can find a healthy balance while chomping down on nourishing food. And the best part, they can eat with their friends and not be embarrassed. Everyone enjoys the same food regardless of whether they pay for it with cash or volunteerism.

The musician and his wife Dorothea Hurley are partnering with university to help alleviate food insecurity among college students. According to the couple’s JBJ Soul Foundation, one in three college students lacks the means to afford healthy and fresh meals. In fact, according to the university, over 75 percent of undergraduates at Rutgers receive financial aid.

“Dignity and respect are always on the menu regardless of socio-economic status,” Hurley, said during the opening ceremony. “Students have enough to worry about. Worrying about where their next meal will come from should not be on the list.”

Hurley told NJ.com that when the campus’ dining provider Gourmet Dining approached the couple about opening a third Soul Kitchen location at the campus, they knew that it was the perfect next step for their foundation, which focuses on problems surrounding housing and hunger in the United States. The restaurants two other locations in Red Bank and Toms River have already served over 100,000 meals.

A number of other celebrities have also contributed time and money to helping mitigate America’s food security issue. According to The Daily Meal, Jeff Bridges founded End to Hunger Network in 1983, and is also the National Spokesman for No Kid Hungry, a national organization that makes healthy food accessible to youth through advocacy, research, and education.

While food insecurity is an issue in the United States, these celebrities alongside a handful of organizations, large and small, are working day and night to make fresh and nutritious food accessible and affordable to communities throughout the country.