What one sugary drink a day can do to women

Even just one sugar-sweetened beverage a day could boost heart disease and stroke risk in women. 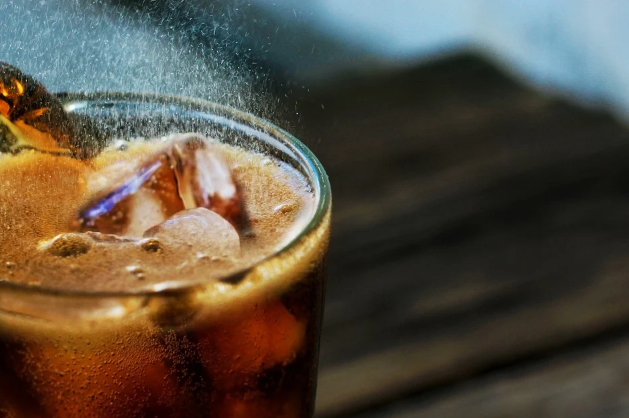 Making healthy lifestyle choices is a significant part of the picture as well. For example, smoking-related illness in the United States costs more than $300 billion each year; not only could that money be going somewhere else, but imagine all of the resources used and waste created in facilitating that much healthcare. The healthier we are as a population, the more sustainable we can be. Not to mention the fact that we get to feel better and live longer, too.

With that in mind, whenever we hear of simple lifestyle choices that can have a big impact, we pay attention. Which is why a new study about drinking sweet drinks, published by the American Heart Association, is big news.

Here is what they found could happen to women who drink one or more sugar-laden beverages – like soda, sweetened water and teas, and sweetened fruit drinks – every day:

The risk of cardiovascular disease goes up by 23 percent compared to women who rarely drink them.

For sugar-added fruit drinks, the associated risk went up to a 42 percent greater likelihood of developing cardiovascular disease.

The likelihood of needing a procedure to open clogged arteries, such as angioplasty, went up 26 percent.

The chance of having a stroke went up 21 percent.

For the research, the team used data from the ongoing California Teacher's Study, a cohort study began in 1995, and included more than 106,000 women who reported what they drank and how much of it. Participants, whose average age was 52, had not been diagnosed with heart disease, stroke or diabetes when they enrolled in the study.

Anderson says that too much sugar in the blood also is linked to "oxidative stress and inflammation, insulin resistance, unhealthy cholesterol profiles and Type 2 diabetes, conditions that are strongly linked to the development of atherosclerosis, the slow narrowing of the arteries that underlies most cardiovascular disease."

According to the American Heart Association, sugar-sweetened beverages are the biggest source of added sugars in the American diet. A typical 12-ounce can of soda has 130 calories and 8 teaspoons (34 grams) of sugar. AHA recommendations call for limiting added sugar to no more than 100 calories a day, which is about 6 teaspoons, or 25 grams, for most women.

While one of the limits of the study was that it was unable to evaluate consumption of artificially sweetened beverages, previous research has found that among post-menopausal women, drinking two or more diet drinks a day was associated with an increase in the risk of having a stroke caused by a blocked artery.

The moral of the story? Learn to love plain water, unsweetened ice tea, and other beverages not packed with sugar.

The study, "Sugar‐Sweetened Beverage Intake and Cardiovascular Disease Risk in the California Teachers Study," was published in the Journal of the American Heart Association.