The Nature Communications research is the first direct evidence the particles can get into the part of the placenta that feeds the developing fetus. 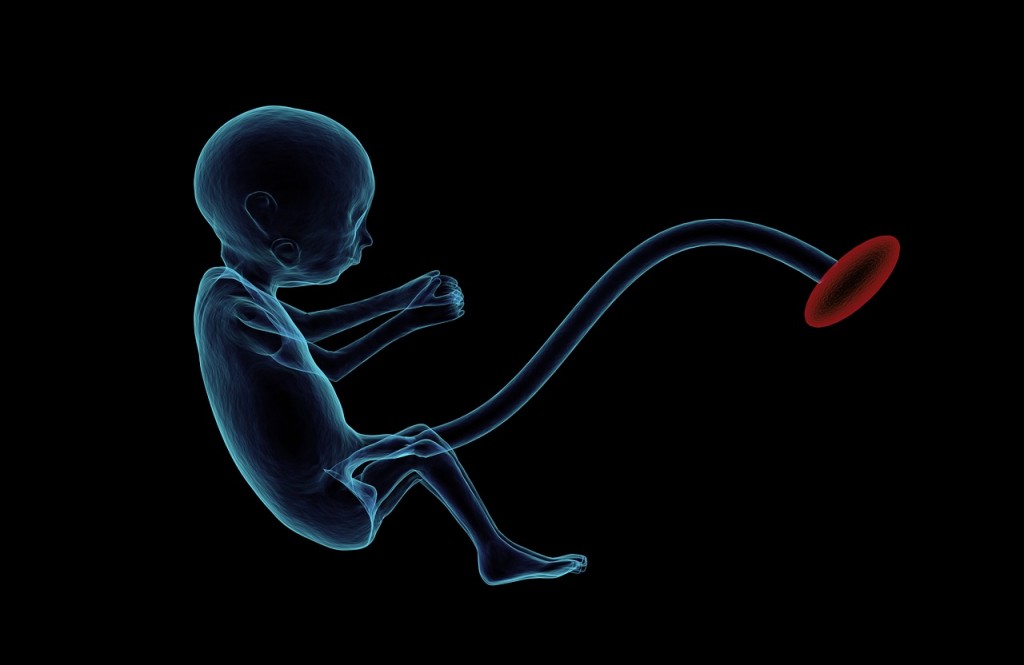 It could be the first step to explaining why high pollution is linked to an increased risk of miscarriage, premature birth and low birth weights.

But they warned tackling air pollution could be achieved at a "policy level" only.

The placenta is made up of:

the fetal placenta, made from the same tissue that forms the fetus

the maternal placenta, made from tissue from the mother's uterus

Oxygen and nutrients cross from the maternal placenta to the fetal placenta and are then carried to the fetus via the umbilical cord.

Waste products from the fetus, such as carbon dioxide, pass back the other way.

In-between is a semi-permeable membrane, made up of placental tissues

Substances such as alcohol, nicotine and other drugs are known to be able to cross the placenta, which is why women are advised to avoid them during pregnancy.

The scientists in this study looked at placentas from five pre-term and 23 full-term births.

Using high-resolution imaging, they found black carbon particles on the fetal side in each of the placentas studied.

The researchers suggest the particles travel from the mother's lungs to the placenta.

Writing in the journal, the scientists, from Hasselt University, in Belgium, led by Prof Tim Narwot, said: "Our results demonstrate that the human placental barrier is not impenetrable for particles.

"Further research will have to show whether the particles cross the placenta and reach the fetus" and if that "represents a potential mechanism explaining the detrimental health effects of pollution, from early life onwards", they added.

Prof Jonathan Grigg, a leading expert in the effects of air pollution on children, from Queen Mary University of London, said: "There's very strong epidemiological evidence that maternal exposure to air-pollution particles is associated with adverse outcomes such as miscarriage.

"This is the beginning of showing that this is a 'plausible mechanism' that could be causing these effects."

Andrew Shennan, professor of obstetrics at King's College London, said: "Small particles, such as through smoking, can cause considerable disease related to the placenta and these findings of particles in the placenta are a concern.

"Their possible effects on the baby and mother warrant further investigation."

Both experts accept pregnant women cannot change the environment where they live.

Prof Grigg said: "Women shouldn't be too paranoid about walking down the street but they could be thinking about how they could reduce their exposure."

Prof Narwot said there were small measures that could help.

"For an individual it's very difficult to escape from it - people have to breathe," he said.

"Don't ventilate houses at the front where the traffic is. It's better at the back. And if possible if you cycle or walk, choose a road with less traffic.

"But in general this needs to be addressed at policy levels."