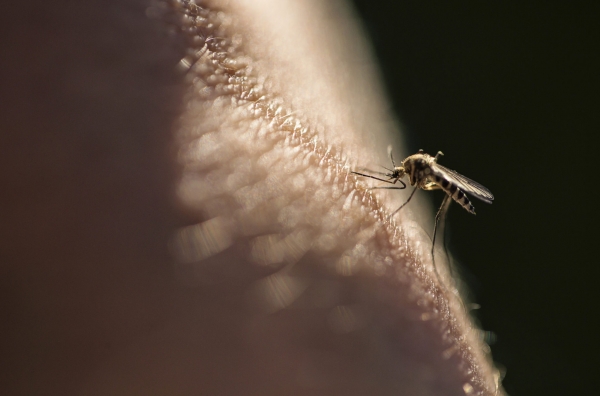 To control mosquito populations and prevent them from transmitting diseases such as malaria, researchers are pursuing strategies in mosquito genetic engineering. A new Texas A&M AgriLife Research project aims to enable temporary “test runs” of proposed genetic changes in mosquitoes, after which the changes remove themselves from the mosquitoes’ genetic code.

Zach Adelman and Kevin Myles, both professors in the Texas A&M University College of Agriculture and Life Sciences Department of Entomology are the principal investigators. Over five years, the team will receive $3.9 million in funding from the National Institute of Allergy and Infectious Diseases to test and fine-tune the self-deleting gene technology.

“People are wary of transgenes spreading in the environment in an uncontrolled manner. We feel that ours is a strategy to potentially prevent that from happening,” Adelman said. “The idea is, can we program a transgene to remove itself? Then, the gene won’t persist in the environment. “What it really comes down to is, how do you test a gene drive in a real-world scenario?” he said. “What if a problem emerges? We think ours is one possible way to be able to do risk assessment and field testing.” The project’s first results were published on Dec. 28 in Philosophical Transactions of the Royal Society B.