The current Ebola outbreak in the Democratic Republic of the Congo has claimed nearly 2,200 lives. 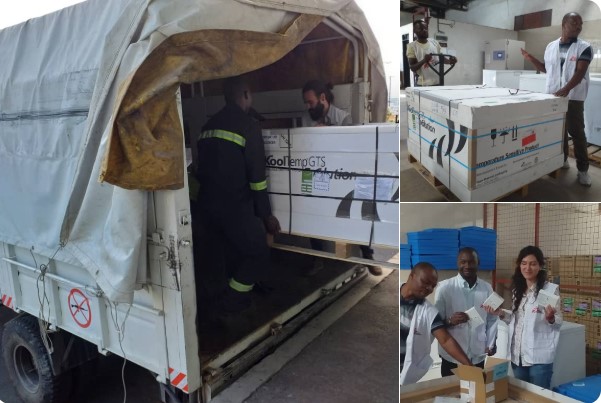 Congolese medical authorities received the first shipment of a new vaccine to counter the deadly Ebola outbreak that has claimed the lives of nearly 2,200 people in the Democratic Republic of the Congo (DRC) since August 2018.

A batch of 11,000 doses — part of a planned shipment of 50,000 — of the new Ad26-ZEBOV-GP vaccine manufactured by Johnson & Johnson arrived in the DRC on Friday. The company has committed to donating up to 500,000 doses of the vaccine, which is being used to protect people living outside of direct Ebola transmission zones.

The central African country is battling its 10th Ebola outbreak — 3,274 people have been affected by the virus, according to data from the World Health Organization (WHO). To date, there have been 2,182 deaths due to the virus and 1,051 survivors. There are another 500 suspected cases of Ebola.

The WHO declared the Ebola outbreak in the DRC a public health emergency of international concern in July, urging the world to take notice.

For months before it was approved, the WHO had been pushing to use the new vaccine, which is an experimental product and is delivered in two injections, eight weeks apart.

The DRC’s former health minister, Oly Ilunga, opposed the implementation of a new vaccine, saying it would confuse people. Ilunga resigned in July, following an announcement that the president's office was taking control of the Ebola outbreak response.

Previously, there was only one vaccine (VSV-ZEBOV-GP) being used to combat the outbreak, manufactured by US company Merck Sharpe and Dohme. To date, more than 200,000 people have been vaccinated.

Last month, Médecins Sans Frontières (MSF) criticized the WHO for its limits on the number of doses used in the field, saying their life-saving work is hindered by a “rigid system which is hard to comprehend.” MSF said the WHO restrictions create challenges in reaching some of the people who need the vaccine the most.

Joseph Musakane, an activity manager with MSF, said the organization is “limited to a [fixed] number of daily doses and working in pre-allocated vaccination sites.”

In response, WHO spokesperson Tarik Jašarević told Global Citizen in October that the organization is “not limiting access to vaccine but rather implementing a strategy recommended by an independent advisory body of experts and as agreed with the government of the DRC.”

ašarević was referring to the “ring approach,” which targets direct and indirect contacts of probable and confirmed Ebola cases, or frontline workers like doctors and humanitarian staff, rather than the general population.

On Saturday, Congolese journalist Papy Mumbere Mahamba, who reported heavily about Ebola, was stabbed to death. Attackers killed the journalist and wounded his wife, before burning their house down. The motive for the murder is unknown.

The Ebola outbreak in the DRC has been difficult to manage, in part due to conflict and violence in some areas of the country, and has been heightened by political unrest which restricts access to health care, according to MSF.