S health officials announced Friday that they are now aware of at least 450 possible cases of severe lung disease that could be caused by vaping. 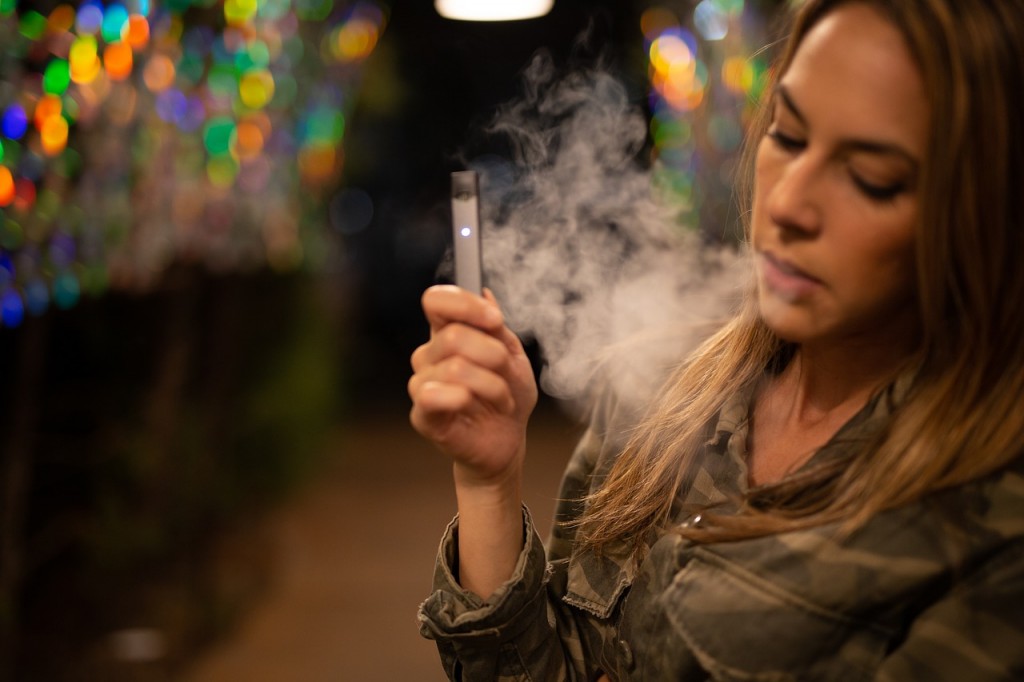 These cases, which have occurred in 33 states and one jurisdiction, include some cases that are still under investigation by state health officials.

US Centers for Disease Control and Prevention officials on Friday revealed the third and fourth confirmed vaping related deaths in Minnesota and Indiana. Two deaths, one in Illinois and one in Oregon, had been previously reported.

Minnesota health officials said the person who died there was over 65, had a history of underlying lung disease and passed away in August. The Minnesota patient had a "long and complicated hospitalization" that involved "a severe lung injury that progressed to include other conditions," according to the statement. After the patient died, investigators linked the lung injury to "vaping illicit THC products."

Another potential vaping-related death was reported in Los Angeles, according to an announcement by Los Angeles County Department of Public Health. The CDC has not confirmed if the LA death is part of the national trend. CNN has contacted to CDC for confirmation.

The CDC, FDA and state health departments say they're working together to figure out which products might have been used and to facilitate laboratory testing. Health officials say they haven't found a definitive cause or a clear connection between cases, but some are zeroing in on potential clues.

"We believe that a chemical exposure is likely associated with these illnesses," Dr. Dana Meaney-Delman, CDC's incident manager for the response to the outbreak, told reporters Friday.

"At this time, no one device, product or substance has been linked to all cases," she added, "and continued investigation is needed to better understand if a true relationship exists between any specific product or substance and the illnesses we are observing in patients."

The CDC and various state health departments have reported widespread use of products containing THC, or tetrahydrocannabinol, the psychoactive substance in cannabis.

On Thursday, New York health officials said their investigation had found "very high levels" of the chemical vitamin E acetate in nearly all cannabis-containing vaping products that were analyzed. The chemical is now "a key focus" of the department's investigation into the illnesses.

Mitch Zeller, the director of the FDA's Center for Tobacco Products, told reporters that "no one substance or compound, including vitamin E acetate, has been identified in all of the samples tested." The agency has so far received more than 120 samples showing a "mix of results," he said.

"It's important to emphasize that identifying any compounds that are present in the samples will ultimately just turn out to be one piece of the puzzle that will not necessarily answer questions about causality," cautioned Zeller, who encouraged anyone who has had unexpected health or product issues from vaping to notify the FDA through its online safety reporting portal.

Doctors also think it's possible that mixing a variety of ingredients in vapes could result in the creation of new toxic agents.

Meaney-Delman warned users Friday not to buy e-cigarette products off the street or modify them in any way. She added the primary way to prevent these illnesses is to not vape at all.

"Most importantly, while this investigation is ongoing, people should consider not using e-cigarette products," she said.

In a preliminary report published Friday in the New England Journal of Medicine, health officials from Illinois and Wisconsin gave a breakdown of the first 53 cases in their states: 83% were male, with a median age of 19, and 94% had been hospitalized. More than half landed in the ICU, and roughly a third needed intubation and mechanical support to breathe.

Despite the patients being "generally young and healthy," nearly all experienced respiratory symptoms like shortness of breath, 81% had gastrointestinal symptoms, and all had general symptoms such as fever, fatigue or weight loss.

The majority, 84%, had used products containing THC, though "a wide variety of products and devices was reported," said the authors.

In another report published in the same journal, doctors said they found different imaging patterns on lung scans — which could suggest "different mechanisms of injury."

One of these patterns was lipoid pneumonia, which was the focus of yet another report published Friday regarding the "outbreak" in North Carolina.

"It can occur when either oils or lipid-containing substances enter the lungs," explained one of the authors of that report, Dr. Daniel Fox, a pulmonary and critical care physician at WakeMed Health and Hospitals in North Carolina. "It is a rare diagnosis."

According to his report, one possible explanation for why five patients developed lipoid pneumonia was that aerosolized oils deposited in their airways, causing local inflammation that impaired their lung function. Case reports from previous years have linked vaping to lipoid pneumonia, as well.

Meaney-Delman cautioned that it's unclear whether these lipids came from e-cigarettes, somewhere inside the body or some other source. "It's too early to know" whether such findings, also described by doctors at University of Utah Health Friday, will provide a key clue to the investigation, she said.

Experts say the prevalence of lung disease potentially attributable to vaping could be much larger, as doctors may not pick up on some of the milder cases.

"These cases may be some of the most severe, and the full spectrum of illness may be broader," she said.

After news of additional deaths spread on Friday, US Senate Democratic Whip Dick Durbin called on FDA Acting Commissioner Dr. Ned Sharpless to act on regulating e-cigarettes and flavors in the next 10 days. Durbin said he would call for Sharpless' resignation if he did not take action.

"As Acting Commissioner of the FDA, you alone have the power to stop this vaping epidemic, which has now reached the point where children and young adults are getting sick and dying," Durbin said in a statement. "If you continue to refuse to do your job — which is to protect the public health — then it is time to allow someone else to take the helm."

CNN has reached out to the FDA for a response.

This week, Michigan Gov. Gretchen Whitmer announced the state would ban the sale of flavored e-cigarettes in brick-and-mortar stores and online sales. The ban gives sellers 30 days to comply and lasts six months, though the governor can decide to renew it.

Citing these products' appeal to kids, Whitmer also ordered the Michigan Department of Health and Human Services to "ban misleading marketing of vaping products, including the use of terms like 'clean,' 'safe,' and 'healthy' that perpetuate beliefs that these products are harmless," the announcement said.

Flavors are at the center of the regulatory debate on e-cigarettes: Some say they're an important tool in getting adults to switch from combustible cigarettes, while others want to ban them entirely because they appeal to kids and minimize how harmful and addictive vapes are perceived to be.

In June, San Francisco's board of supervisors unanimously voted to make the city the first in the US to effectively ban e-cigarette sales. The ordinance it passed said "no person shall sell or distribute an electronic cigarette to a person in San Francisco" unless that product has undergone premarket review by the US Food and Drug Administration. To date, none have.