August was also the worst month for fatalities with 28,000 virus deaths. 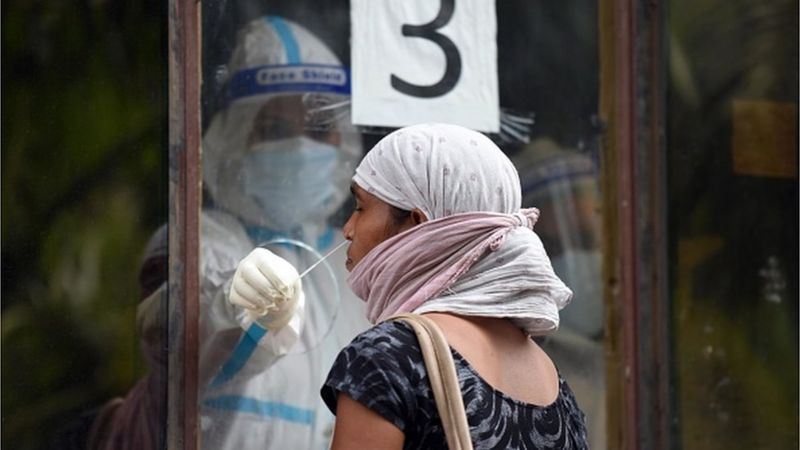 With 3.6 million confirmed cases, India has the third-highest caseload in the world, after the US and Brazil.

The government continues to lift restrictions to try to boost an economy that lost millions of jobs because of a strict lockdown which began in March.

In August, India saw an average of 64,000 cases per day - an 84% hike from average daily cases in July, according to official data.

This number is the highest in the world - for example, the US, which has the most number of cases, saw 47,000 daily cases on average last month.

The spike in numbers comes as the country expands its testing amid concerns that the virus has started to spread in many rural areas as well.

Maharashtra, the epicentre of the outbreak in India, continues to lead the pack with nearly 800,000 confirmed cases.

Even though some states have rapidly ramped up their testing capabilities, India's testing rate - at around 32,000 tests per million - is still on the lower end of the spectrum.

But India's recovery rate remains encouraging - out of every 100 confirmed cases, nearly 77 have recovered so far.

Simultaneously, the number of deaths continues to be low - for every 100 confirmed cases, just under two have died from the virus.

UK volunteers could be given Covid-19 virus to test vaccine

France is rolling out free period products in high schools