China's top leadership has admitted "shortcomings and deficiencies" in the country's response to the deadly coronavirus outbreak. 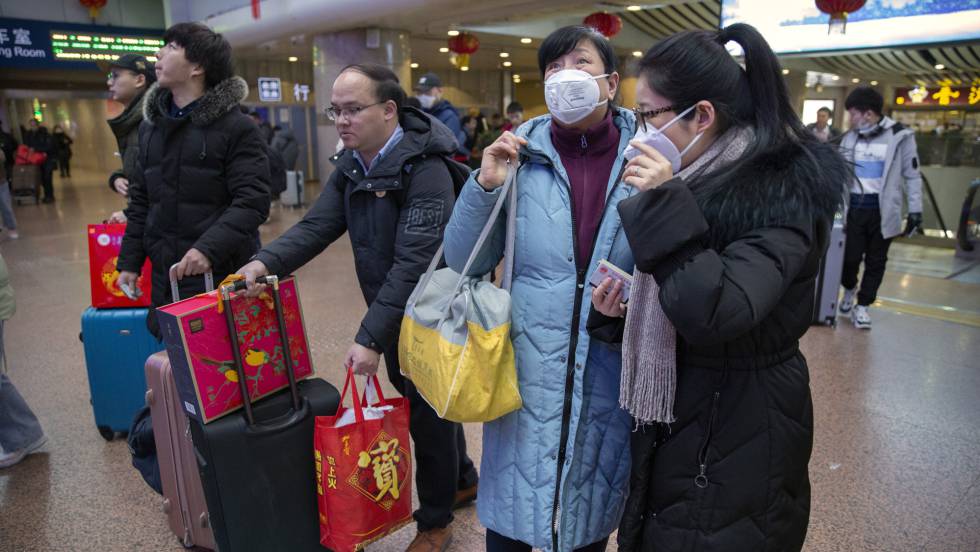 The rare admission came from the Politburo Standing Committee, which called for an improvement in China's emergency management system.

It also ordered a "severe" crackdown on illegal wildlife markets - where the virus is thought to have emerged.

"In response to the shortcomings and deficiencies... we must improve our national emergency management system and improve our abilities in handling urgent and dangerous tasks," the report said.

"It is necessary to strengthen market supervision, resolutely ban and severely crack down on illegal wildlife markets and trade."

The government's initial handling of the outbreak has been widely criticised.

Officials have been accused of downplaying the severity of the virus at the start of the outbreak and in some cases, attempting to keep news of it secret.

One doctor in Wuhan who tried to warn his fellow colleagues about the outbreak late last year was accused of "making false comments" and told by police to stop the "illegal activity".

It was only later in January that the government ordered the virtual lockdown of Hubei province, where the virus is believed to have originated.

Other regions close to the mainland are also feeling the effects of the virus first-hand.

On Tuesday, Hong Kong confirmed its first death from the coronavirus. Broadcaster RTHK said the 39-year-old man, who suffered from an underlying illness, had visited Wuhan on 21 January.

Hong Kong, which has 15 confirmed cases, has suspended 10 out of 13 border crossings with mainland China.

Taiwan announced that starting Friday, it would deny entry to all foreign nationals who have been to mainland China in the past 14 days.

Macau - one of Asia's biggest gambling hubs - also announced that it would temporarily close down all the casinos in the region.

The closure is set to last two weeks but could be extended.

The new coronavirus causes severe acute respiratory infection and symptoms usually start with a fever, followed by a dry cough.

The number of deaths in China, excluding Hong Kong, now exceeds the 349 killed on the mainland in the Severe Acute Respiratory Syndrome (Sars) outbreak of 2002-03.

But the mortality rate of the new virus is about 2.1% - much lower than that of Sars at around 9.6% - suggesting it is not as deadly.

There are more than 150 cases in other countries, with one death in the Philippines.

On Tuesday, South Korea announced that one of its citizens had tested positive for coronavirus after visiting Thailand.

The Korea Centers for Disease Control and Prevention (KCDC) said the 42-year-old woman flew back to Korea on 19 January after visiting Thailand. She showed symptoms on 25 January and her conditions did not improve.

The Thai Department of Disease Control said it was "possible" that she contracted the virus in Thailand, which has one of the highest number of virus cases outside of China.

It is not clear if she had visited China at all.

Many nations have evacuated their citizens from affected areas of China, often placing them in quarantine on arrival home.

The US ordered the departure of all US personnel family members under the age of 21, and any US citizen who has been in Hubei province will be subject to 14 days' quarantine.

Chinese foreign ministry spokeswoman Hua Chunying said the US measures were "excessive" and contrary to WHO recommendations, accusing the US of "spreading fear".

The WHO has warned that closing borders could even accelerate the spread of the virus, if travellers enter countries unofficially.

The latest on travel restrictions:

Denying entry to all foreign visitors who have recently been to China: US, Australia, Singapore

Denying entry to foreigners travelling from mainland China: New Zealand, Israel. (Russia will also apply these restrictions, though not through Moscow's Sheremetyevo airport)

The body that represents some of the world's largest cruise ship operators, the Cruise Lines International Association, announced on Monday that passengers and crew members who had recently travelled to China would not be allowed to board vessels

More than 75,000 people may have been infected in Wuhan, experts say.

But estimates by the University of Hong Kong suggest the total number of cases could be far higher than official figures.

Around 80% of those who have died from the virus are over the age of 60, said a report by state media quoting the National Health Commission.

The national health body added that 75% of them had suffered from underlying conditions such as cardiovascular diseases and diabetes.

Most people infected are likely to fully recover - just as they would from a normal flu.

An expert at China's National Health Commission (NHC) said that one week was sufficient for a recovery from mild coronavirus symptoms.