Tayla Harris, a star player in the women’s division of the Australian Football League (AFLW), is shown in mid-air after kicking the first goal in a game between the Western Bulldogs and Carlton. 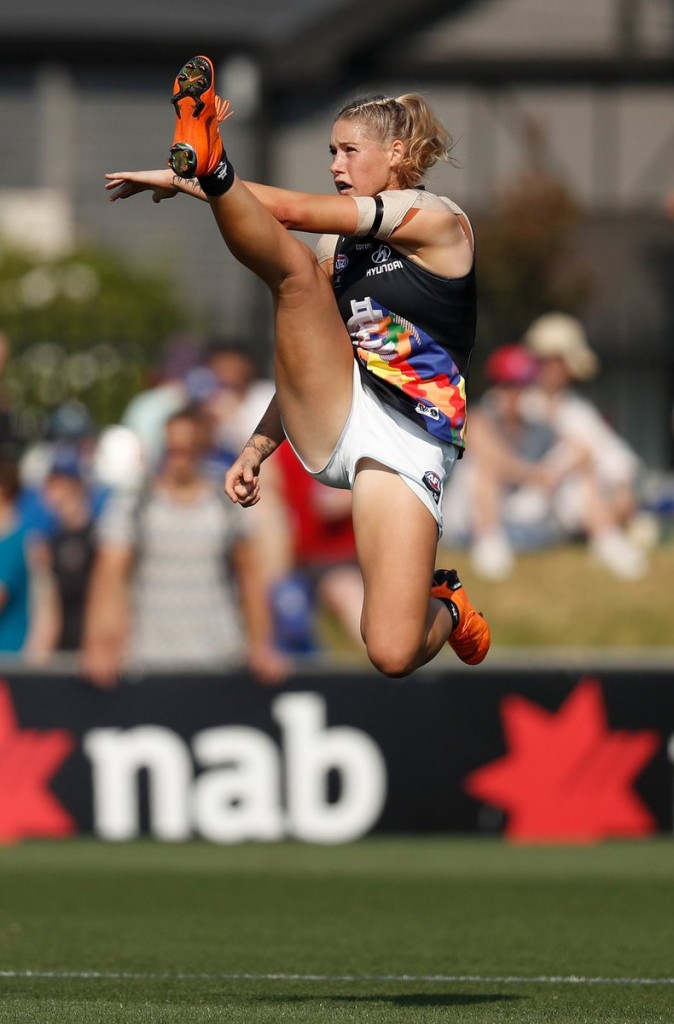 The phenomenal image of the professional athlete, taken by Michael Willson, was initially posted on Channel Seven’s AFL Facebook page. Unfortunately, in the minutes after the post went live, thousands of “repulsive” comments began flooding in, with many including such vile sexist and transphobic hate speech that the 21-year-old player stated she felt sexually abused.

"The comments were repulsive and it made me uncomfortable," she told RSN Radio. "That is what I would consider sexual abuse on social media."

Harris further stated she feared for the safety of the commenters' families.

"If these people are saying things like this to someone they don't know on a public platform, what are they saying behind closed doors, and what are they doing?" Harris stated. “I can see in people's photos they've got daughters and wives. I’m worried.”

The Seven Network subsequently removed the post after the influx of misogynistic comments. The network then came under attack, with thousands accusing Seven of succumbing to pressure from online trolls. The image was eventually reposted.

Federal Minister for Women Kelly O’Dwyer took to her social media accounts to call out the trolls and condemn the Seven Network over its decision to delete the image.

he AFLW has dealt with misogynistic comments since its inauguration in 2017.

Last month, the AFLW joined other major Australian sporting organizations by signing up to the "Pathway to Pay Equality" pact by the Male Champions of Change Institute. The first-of-its-kind initiative tackles gender discrimination at its core by building the profile of women’s sport online and guaranteeing top female athletes are paid equally to their male equivalents.

Beyond the pay gap, 1 in 2 women in Australia will experience sexual harassment, 1 in 3 will experience physical violence, and 1 in 5 will face sexual abuse by their current partner. According to the Australian Human Rights Commission, 1 in 3 Australians will be sexually harassed at work.

On Thursday, Harris thanked fans and the player association for rallying behind her and demanding Seven re-publish the image online.

“Things have changed,” she posted on Twitter. “If you’re not with us, you will be left behind.”