All 28 members filed a class-action lawsuit in the US District Court in Los Angeles on Friday. 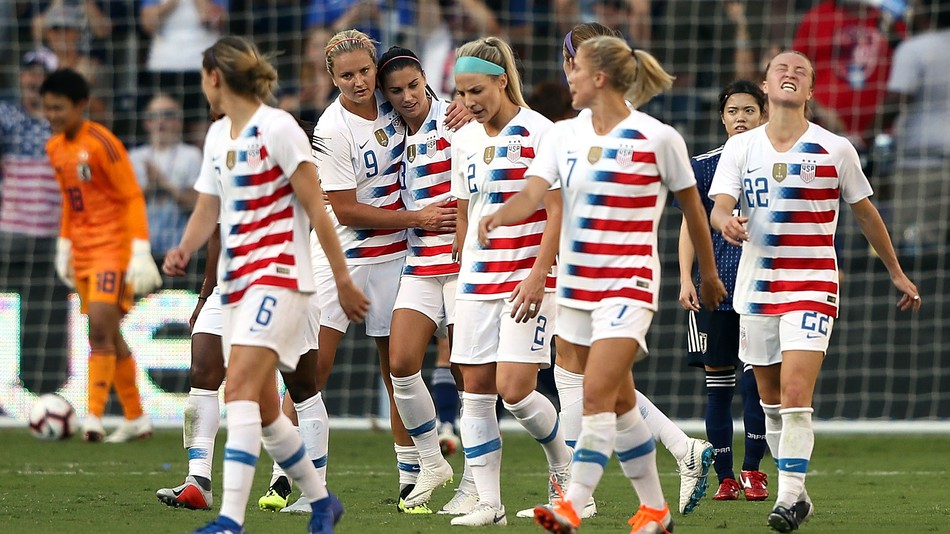 “We believe it is our duty to be the role models that we’ve set out to be and fight to what we know we legally deserve,” player Christen Press told AP.

The team’s request for equal pay isn’t anything new. A group of players filed a federal complaint with the Equal Opportunity Commission against the federation in 2016, but no progress was made, giving them the right to sue, according to NPR. Now the federation is under public pressure ahead of the World Cup in June.

The three-time world champions also claim their training, medical treatment, coaching, and travel arrangements are sub-par compared to the men’s team, even though they are required to play and win more games. But the New York Times points out each team is regulated under different contracts with US Soccer.

The federation has yet to respond to requests for comment.

“This has a strong trickle-down effect to all teams, down to the local five-year-old in every in every city around the world,” she said.

Worden argues more than salaries are at stake in the team’s lawsuit, from a global perspective.

“These issues are not at all limited to pay. They are also human rights issues,” Worden explained. She noted trends of inequality across the sport — for example, the Afghan women’s national soccer team’s recent fight against sexual abuse and persecution.

With women in the US earning 82% of what men earn, according to Pew Research Center analysis, Worden says gatekeepers play a huge part.

“It is also very important to look at leadership in football. Where are the women in the leadership of US soccer?” she asked.

As for the US women’s team’s decision to file their lawsuit on International Women’s Day, and three months away from the World Cup, Worden said the timing couldn’t be better.

“The FIFA audit of the 2018 World Cup Men's World Cup said that half of the world watches football, ages 4 and above,” she said.

“With this type of global engagement comes a global responsibility to get it right.”