While individual countries have made progressed in the fight for equal rights, there is still a long way to go before gender equality can be fully achieved on a global scale. 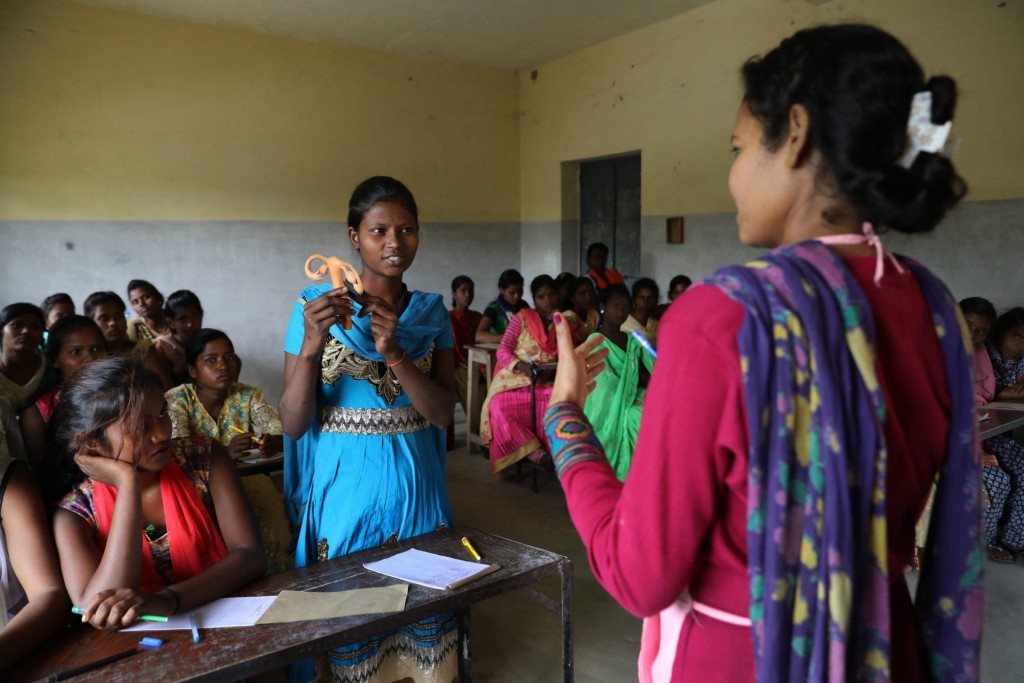 Political empowerment, education attainment, health and survival, and economic participation and opportunity are the four indexes that help to measure and determine global gender equality, according to the 2020 Global Gender Gap report.

The Global Gender Gap report is an annual analysis of how close or far the world is to achieving gender equality worldwide. Released by the World Economic Forum, the report uses the aforementioned factors as guidelines to measure overall equality or lack thereof on the basis of sex and gender.

While 108 participating countries have made significant strides toward achieving political empowerment for women and girls, it remains the category with the greatest gender disparity. The gap on this sub-index has only been closed by 25% so far, meaning there are still not enough women occupying seats in government on a global scale.

Equal representation in government is crucial to achieving gender equality. Governmental bodies should be representative of every constituent so that all individuals can be heard and have a say.

Women make up around 24% of legislative bodies around the world, according to the Pew Research Center. While this has increased significantly from the previous decade, women are still severely underrepresented in government.

The political empowerment index, however, fails to measure the legal rights of women and girls in comparison to those of men, which plays a significant role in determining the extent to which a society is equal.

"Although progress [has been] made in advancing women’s rights, it has been slow and inconsistent, and many sex-discriminatory laws remain entrenched,” Romina Canessa, a human rights lawyer at Equality Now, told Global Citizen. “When governments deny women and girls the same rights as men and boys, this legitimizes discrimination and abuse, and means they have no formal recourse if their rights are violated.”

Protecting the legal rights of women is vital in the fight to achieve full gender equality, she said, adding that all laws that discriminate on the basis of gender must be repealed.

Women are also disproportionately underrepresented in the global economy and the labor market compared to men. The economic and labor market gender index gap has only been closed by 58% and even increased in 2019. On average, only 55% of women are currently participating in the global workforce, and their presence in higher-yielding positions is even lower.

This disparity is only exacerbated by the global wage gap, which affects women across all industries and backgrounds, and has remained relatively stagnant throughout the last five years. All of these components highlight the challenges women face to escape poverty and become financially and economically independent.

At least 35 countries have closed the education gender gap by 96.1%. However, this gap varies across education levels. The majority of girls (90%) between the ages of 15 and 24 are literate, compared to 92.9% of boys within the same age range. In 2018, approximately 88.2% of girls were enrolled in primary school worldwide.

Girls are less likely to receive an education due to gender-based discrimination, child marriage, and the burden of fulfilling domestic chores, all of which prevent young girls and teengagers from attending school.

While progress has been made, there is still room for improvement. More young girls and women are attending primary and secondary school, but less than half are going on to attend college. Women are also still fighting to be fully represented in the job market.

Although the global gender gap for health care and survival has been closed by 95.7%, millions of women across the world still do not have equal access to health care, especially reproductive health care. Life expectancy is increasing in most countries, despite the health care disparity.

Life expectancy, however, does not necessarily measure quality of life. Many women are still forced to undergo female genital mutilation or endure period poverty, which can lead to further mental and physical health complications.

Jennifer Weiss-Wolf, vice-president for development at the Brennan Center for Justice, told Global Citizen that period poverty and menstrual stigma play significant roles in holding society back from achieving gender equality, noting that these barriers can also hold them back from participating in politics, the workforce, and education.

“If menstruation inhibits anybody from any one of those things, it inhibits them from all four, which places it squarely in the heart of what it means to achieve full gender equality,” she said. “If we don’t have policies in place to ensure a safe and open, and accurate discussion around menstruation, treatment of menstruation, in all of these ways, we are leaving off the table a considerable component.”

In order to close the gender gap and achieve gender equality, countries across the globe must increase the number of women in government, ensure education is accessible to all women and girls, create free or affordable child care so that more women can participate in the labor market, and provide access to safe reproductive health care.