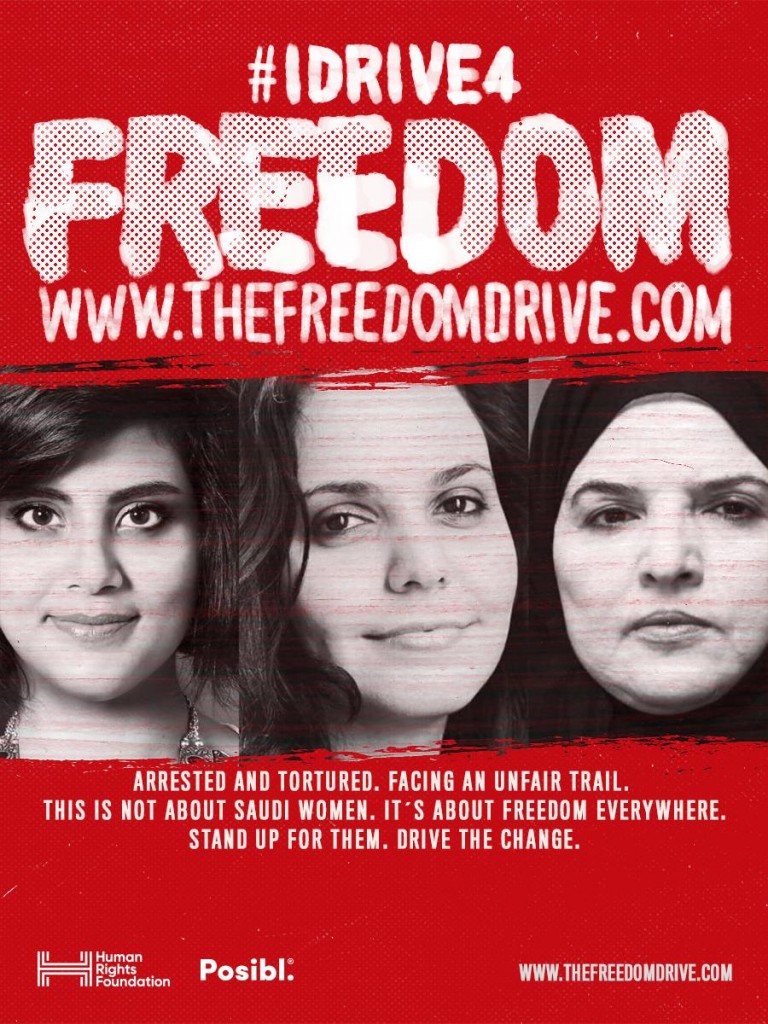 It is a powerful campaign calling for women and men around the world to stand up towards ending male guardianship and releasing immediately the activists that has been arrested, tortured and imprisoned in Saudi Arabia or facing an unfair trail.

By visiting www.thefreedomdrive.com people around the world can sign an online petition and share this campaign by using the hashtag #IDrive4Freedom, to raise awareness about the human rights violation in Saudi Arabia and demand for the immediately release of the imprisoned activists. The collected signatures will be sent to the King of Saudi Arabia and his Crown Prince.

While she is on the road, Manal will travel with a documentary film crew and meet with prominent women, students, local media, and community leaders to share her story and encourage a dialogue about the dismal state of women’s rights in her home country under the reign of Crown Prince Mohammed Bin Salman.

Many mainstream media outlets, politicians, and world leaders have praised the “progressive” measures that Mohammed Bin Salman has taken in recent years, particularly his decision to lift the ban on women driving. Yet behind this façade of reform is a brutal crackdown on dissidents and human rights advocates. Many of the women’s rights activists who advocated to lift the driving ban – including Loujain Al-Hathloul, Eman Al-Nafjan and Aziza Al-Yousef are now in jail and are being subjected to torture including electric shocks, flogging, and sexual harassment. Several might face execution.

In order to bring attention to the plight of these brave women, HRF will support Manal Al-Sharif in her drive across the United States. Her journey will include stops in 10 major cities across more than 3,000 miles, beginning in San Francisco and culminating in a protest event in front of the Embassy of Saudi Arabia in Washington, DC.

To empower the raise of the awareness and society engagement, HRF has partnered with Posibl., a multimedia leading company in the world of social impact storytelling.

The whole experience can be seen at www.thefreedomdrive.com (+ about the campaign, the activists, photos, backstage, videos and an the online petition).

Also, people can follow Manal´s drive across United States in the social media accounts of HRF (@hrf) and Posibl. (@posiblmedia). 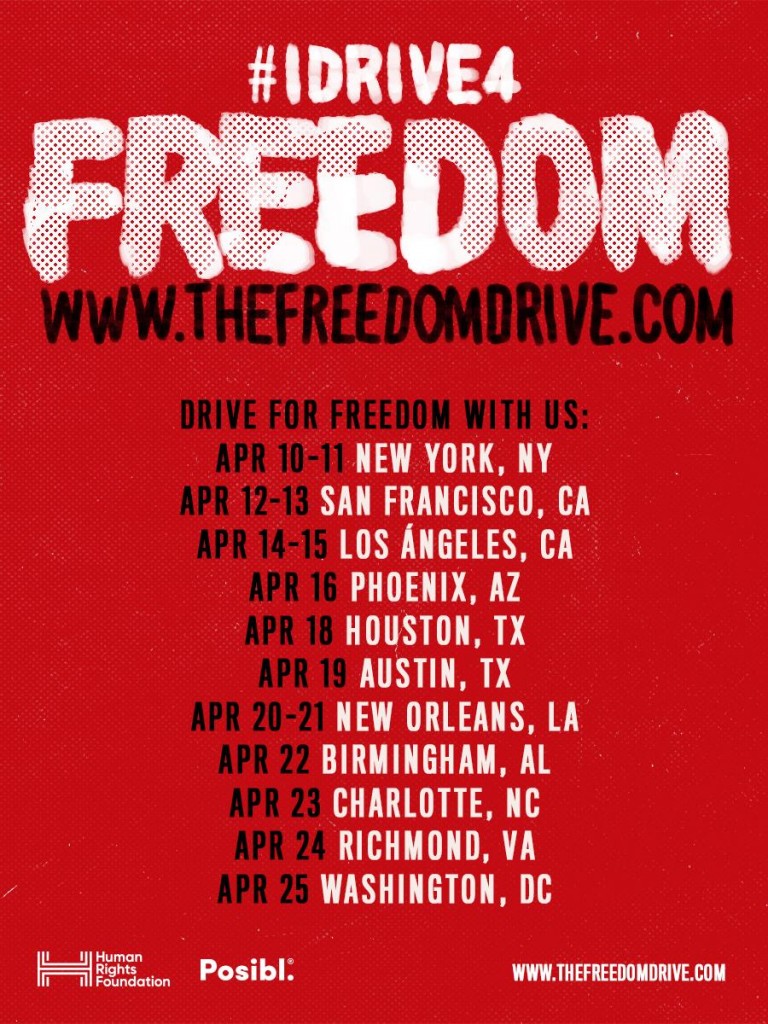