Hundreds of protesters marched in Johannesburg to end gender-based violence

Hundreds of women and male allies occupied the area in protest against gender-based violence (GBV) in South Africa, and demand action from corporate companies. 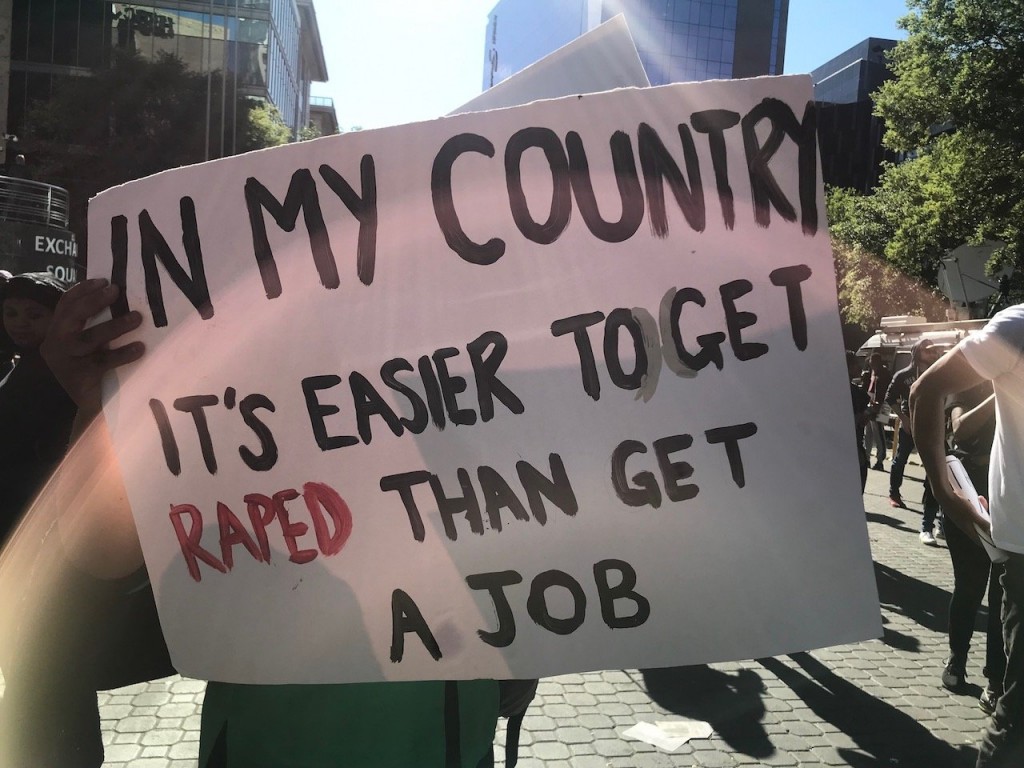 The protest — called #SandtonShutDown — started at 3 a.m when streams of people, dressed mostly in black, took up their positions in front of the JSE.

The protest — called #SandtonShutDown — started at 3 a.m when streams of people, dressed mostly in black, took up their positions in front of the JSE.

They include the rape and murder of student Uyinene Mrwetyana in Cape Town; boxer Leighandre Jegels who was shot and murdered by her boyfriend in East London; and an unnamed medical doctor in Port Elizabeth who was shot by her husband in front of her children.

Meanwhile, an 8-month baby was raped in Cape Town in July.

But these are just some of the cases that made the news. According to crime statistics released by the South African Police Services on Thursday, seven women and three children are killed every day in South Africa.

The report is based on crimes that were committed between April 2018 and March 2019.

Meanwhile, the number of children who survived attempted murder increased by 11% to 1,184.

One of the organisers of #SandtonShutDown, Neziwe Manaka called out the police for enabling GBV.