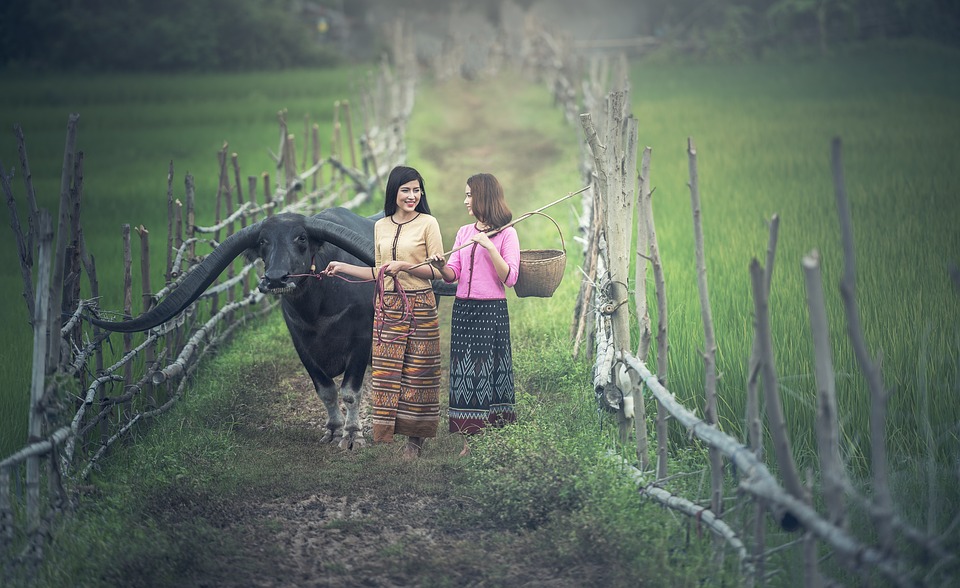 Made up of thousands of islands between the Indian and Pacific oceans, Indonesia is home to Southeast Asia’s largest economy, is the greatest archipelagic state, fourth most populous nation and the world’s biggest Muslim-majority country.

For all its successes and size, Indonesia still has a huge number of very poor people, issues with Islamist militant groups, human rights abuses, inadequate infrastructure, deforestation, corruption and inequality between genders — reflected in Indonesia’s performance on the 2020 Global Gender Gap Index, where it ranks 85 out of 153 countries.

Indonesia has particularly multifaceted issues in relation to women’s rights.

Long-held social norms and structural barriers have held women back in almost all aspects of life, including education, corporate and government representation, and financial independence.

Below, we explore the complicated history of women’s rights in Indonesia and examine how Australian aid is helping civil society organisations advance progress.

In much of Indonesia, entrenched cultural beliefs keep women at home and out of public life, where they are expected to fulfil “womanly roles” like housework and care for family members, the elderly, and those with disabilities — all of which hinder their ability to engage in economic activity.

Child marriage remains practised, and, in mainly rural areas, poverty and maternal mortality rates remain high, while education remains low. Even if a girl does receive a full education, preconceived gender roles are apparent in the curriculum, causing segregation in subject choice and university options.

Ken Setiawan, a lecturer in Asian and Indonesian studies at the University of Melbourne, told Global Citizen poor women in particular rarely have the essential papers needed to buy property, control their finances and live independent lives.

"it is important to understand that Indonesia is a very diverse country,” Setiawan said. “Therefore, the barriers towards the full implementation of women's rights will differ between places. Common barriers include poverty and low education levels as well as entrenched cultural beliefs and social norms. Often women also lack access to basic paperwork, like birth certificates, that in turn provides them access to social services.”

In 2019, Australia spent $331.3 million in international aid in Indonesia — just over 8% of its overall budget.

"We work in an economic partnership, supporting Indonesia's efforts to tackle inequality and maintain social stability, promote tolerance and pluralism, and counter violent extremism,” Australia’s Department of Foreign Affairs and Trade (DFAT) writes on its website. “We provide policy and technical advice that will improve the quality of Indonesia's investments in infrastructure, economic governance, human development and social policy, including in the area of law and justice.”

In 2015, however, the Australian government cut aid to Indonesia by 40%.

The reduction followed a series of dramatic aid cuts which began in 2014, a year after the Australian Agency for International Development stopped overseeing foreign aid allocations and DFAT took its place. Australia’s aid spending is now at an all-time low, sitting at 0.21% of gross national income — a long way from the United Nations 0.7% recommendation.

The aid slash also saw the remaining aid spending pivot away from development assistance to instead focus on investment, infrastructure, effective governance and economic growth.

A small chunk of Australia’s aid to Indonesia is dedicated to a program called Empowering Indonesian Women for Poverty Reduction Program (MAMPU). Since 2012, the program has worked to reduce inequalities and influence government policies to reflect the need of women across the country.

A shared operation of the Australian and Indonesian governments, MAMPU works with 13 national civil society organisations in Indonesia, which then collaborate with over 100 community-level partners.

After beating breast cancer, Nurhaeda joined the local women’s group Balai Sakinah Griya Citra Mas, one of MAMPU’s local partners, to help raise awareness about the importance of early detection for breast and cervical cancer. Nurhaeda’s cancer was not detected early, and, as a result, she was forced to undergo two life-saving operations.

She said it is vital women in her community understand they can, and should be, responsible for their health.

"Lots of us only graduated primary school or junior high school. So, we must join in lots of training sessions so that we can gain knowledge that we can pass on to our children for their future,” she said in a MAMPU case study. “I don’t want there to be any delays in having early detection examinations for breast cancer or cervical cancer. I don’t want other women to have to experience the same thing that I did.”

According to an article by the Lowy Institute article, an Australian-based think tank, poverty rates are seven times higher in the eastern Papua province than on the island of Java, and over 72 million people across the nation live under the World Bank's poverty line.

Poor women also continue to be particularly susceptible to abuse from middlemen, who arrange migrant labour in nations like Malaysia, China and Saudi Arabia. A 2017 national survey, meanwhile, revealed 33% of women aged between 15 and 64, around 26 million people, said they had endured some form of gender-based violence in their lives.

This year, Australia will provide Indonesia with $298.5 million in aid — down $32.8 million from the previous year.

According to Setiawan, it is vital countries like Australia continue to increase aid in real terms and maintain funding for programs that work to empower women. While it may seem like progress is slow, the widespread impact of CSOs will only be truly apparent well into the future.

"It is important to recognise that progress in areas like this takes time. But our research has shown that, through civil society organisations, there has been a positive change,” she told Global Citizen. “Women's groups, established or supported by the CSOs in our research, are influencing village decision-making. This has positive impacts on the everyday lives of women and their families and is evidence that supporting these groups is highly effective.”

"Reviving Australian aid for health, education and governance can help some of the 72 million poor or near poor Indonesians — particularly women and girls — struggling to stay healthy and get educated on just a little over $2 a day,” they wrote.