Homosexuality is illegal in Uganda, and punishable with up to life in prison. 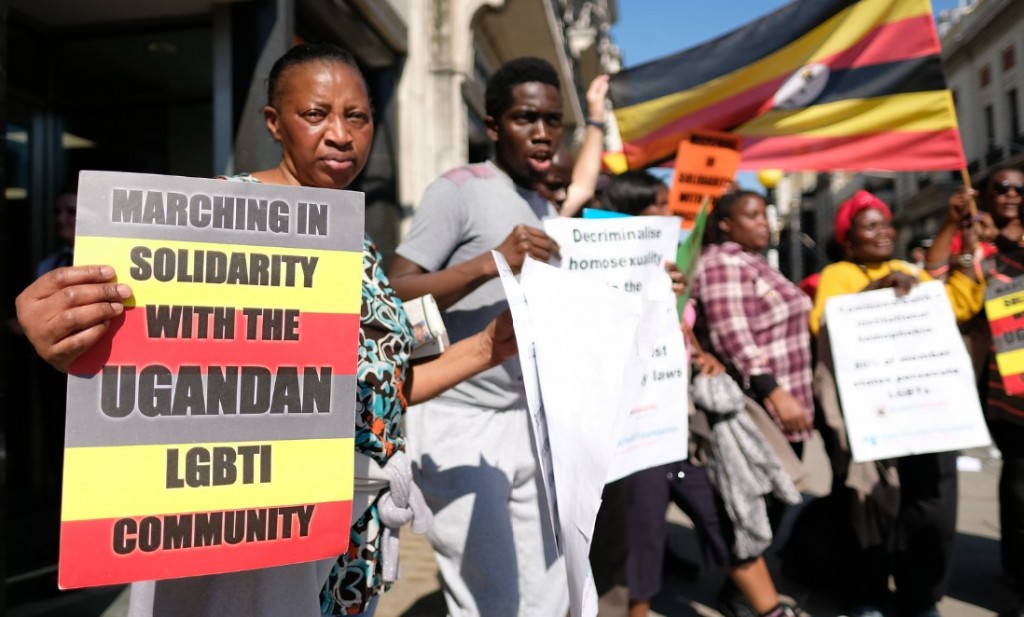 Meanwhile, police arrested 16 activists on suspicion of homosexuality, which is illegal in Uganda and punishable with up to life in prison.

The government's renewed anti-gay focus has led a long-castigated and already fearful community to lie low, with some LGBTQ+ people forced into hiding.

Shamim Pretty, not her real name, has taken shelter in a Kampala safe space for the past three years.

Pretty, who is 21 years old, says that when she was 16, her mother kicked her out of the house and called the police — because she, Pretty, is transgender.

“When they took me to the police, my mother was there waiting for me. They really mistreated me. There was an officer who was very homophobic. He got a hold of me and beat me up. He called in the media and, in front of the press, they took my clothes off,” Pretty

LGBTQ+ support group Icebreakers Uganda set up the safe house in 2012, just one year before lawmakers voted to increase the punishment for homosexuality from life in prison to death.

Under Western pressure, Uganda in 2014 overturned the Anti-Homosexuality Act.

But gay sex remains illegal, and members of the LGBTQ+ community are routinely harassed and shunned in a country where many revile homosexuality.

Pepe Julian Onziema works with Sexual Minorities Uganda. “Already, most [gay] people do not have homes, they do not have education, they are not employed, they are homeless. So, when something like this comes, it threatens even the little safety that they had,” Onziema said.

A Ugandan government spokesman denied any plan to reintroduce what some call the “Kill the Gays” bill.

Even so, the LGBTQ+ community sees an ominous sign in the arrest of 16 gay activists who simply possessed condoms and anti-HIV medicines.

Zallen, not the person's real name, is a gay Ugandan. “You’re out and then you’re thinking, yeah, I'm letting loose. Before you know it, you want to dance in a certain kind of way. And then, boom, you’re thinking, or wait, you have to control yourself," Zallen said.

They added: "You do not know who is watching, or who will get offended by the way you’re really having a good time or whatever. So, it’s...you have to be on the cautious side all the time."