Australia’s plant-based meat sector is set to elevate the nation’s economy by up to $3 billion AUD, and create thousands of jobs, between now and 2030, according to a new world-first report. 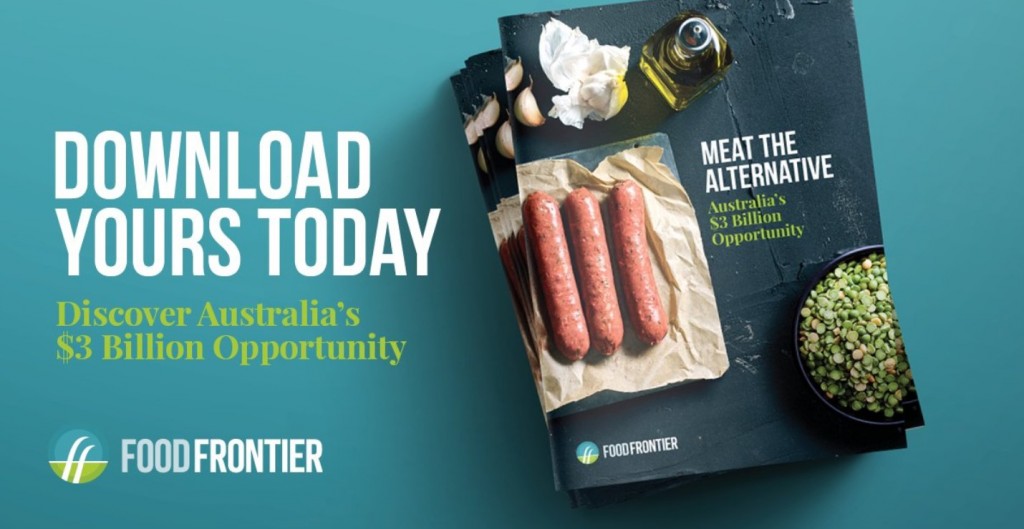 The report — commissioned by alternative protein non-profit Food Frontier through Deloitte Access Economics — provides an unprecedented quantification of the present and future size of Australia’s plant-based meat sector and its impact on the national economy.

In the next 10 years, the report’s moderate modelling scenario anticipates the industry will be worth over $1 billion in manufacturing, nearly $3 billion in consumer expenditure, and employ more than 6,000 full-time employees.

"This research demonstrates overwhelmingly strong growth prospects for Australia’s plant-based meat sector over the next decade,” Food Frontier CEO Thomas King said in a media statement. “Put simply, we’re facing a multi-billion-dollar opportunity for Australia to become a global plant-protein powerhouse, and the great news is we already have the intellectual and infrastructure assets to seize it.”

Food Frontier Managing Director Sam Lawrence, however, warned that Australia needs to boldly and urgently embrace the opportunity to grow the sector or it risks missing out.

He has called on governments and big business to step up and help Australia achieve the projected growth.

"Governments can play a vital role in supporting the sector’s growth. They can provide coordinated research and development funding, collaborative research initiatives, matching grant programs, and tax incentives,” Lawrence told Global Citizen. “Regulators must also ensure a level playing field for the emerging sector by, for example, enabling plant-based meat products to continue to use commonly understood descriptors such as ‘sausages’ and ‘mince’.”

"Business investment in manufacturing and infrastructure will also be critical to providing nutritious plant-based meat products at scale,” he added.

By 2050, the world’s food system will need to feed a projected population of 10 billion people.

According to Food Frontier, food demand is expected to rise by over 50% — with demands for animal-based products by nearly 70%. However, the current food system, which feeds the world’s 7.6 billion population, is already “rapidly approaching its productive limits,” Lawrence states.

Raising cattle and other livestock requires around 80% of the world’s agricultural land, but produces just 18% of the world’s calories. Likewise, one-third of all crops are used for animal feed while a quarter of habitable land is used for livestock grazing.

"Animal agriculture is also a leading cause of deforestation, land degradation, biodiversity loss, and habitat destruction worldwide — and accounts for more than 14% of all human-induced greenhouse gas emissions,” Lawrence told Global Citizen. “In Australia, from 2013 to 2015, livestock grazing accounted for 91% of deforestation in Queensland.”

Two-thirds of Australians, the report shows, are yet to eat any plant-based meat products.

As more people learn of the negative health and environmental impacts of a meat-heavy diet, King anticipates the number of Australians eating plant-based meats will rise.

"More and more Australians are discovering that plant-based meats mean enjoying their favorite meals, from sausages to meatballs, while having a lighter impact on their health and the planet," he said.

Food 'made from air' could compete with soya