World's biggest iceberg is on the move

It's two years since the monster block of ice known as A68 broke free from Antarctica. 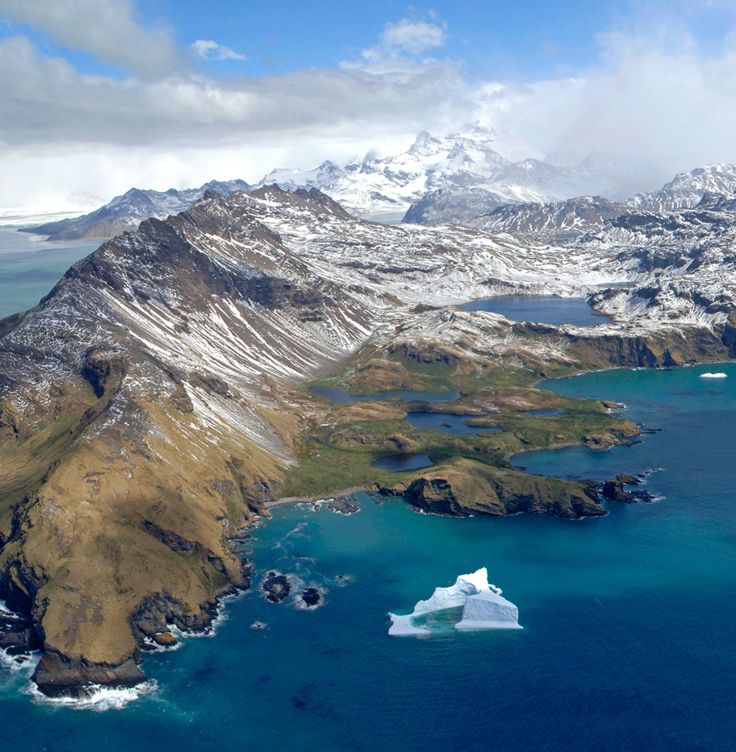 Satellites show the world's biggest berg has spun around in the waters of the Weddell Sea and is now moving north along the White Continent's peninsula.

For a while, it seemed like the 160km-long frozen mass had become stuck on a section of shallow seafloor. A68 was in danger of becoming the world's biggest "ice island".

But it's since picked up the pace.

"For an object weighing around one trillion tonnes, Iceberg A68 appears to be quite nimble," says Prof Adrian Luckman.

"Following a year of staying close to its parent ice shelf, in mid-2018 A68 became caught in the Weddell Gyre, a clockwise ocean current, which spun it through 270 degrees and carried it 250km north," he told BBC News.

"The iceberg is 160km in length yet only 200m thick - a similar ratio to a credit card - so it is surprising how little damage it has sustained in its journey so far."

A68 calved from the edge of the Larsen C Ice Shelf in July 2017. Swansea University's Prof Luckman has followed its progress ever since, using Europe's Sentinel-1 satellites.

There are two of these spacecraft and they fly over the berg every few days.

The satellites are equipped with radar sensors that are able to see the Earth's surface, regardless of the weather and light conditions. Currently, the Antarctic is in the grip of winter darkness.

Although A68 has broadly held together, it has lost some sizeable chunks of ice. A segment fell off one end soon after the berg was born. This was even large enough to be given its own designation - A68b.

Measuring roughly 13km by 5km, this daughter block is now about 110km further north along the peninsula.

Like most icebergs from the Weddell Sea sector of the continent, A68a and b will eventually be ejected into the Antarctic Circumpolar Current, which will throw them towards the South Atlantic on a path that has become known as "iceberg alley".

This is the same movement of water - and accompanying winds - that the famous explorer Sir Ernest Shackleton exploited in 1916 to make his escape from Antarctica following the loss of his ship, the Endurance, in crushing sea-ice.

Shackleton aimed for South Georgia, and it's at this island that you will frequently see big tabular icebergs sitting offshore. The blocks' deep keels mean they have a tendency to get pinned on the British Overseas Territory's shallow continental shelf.

Is this A68's ultimate fate, to anchor off South Georgia and melt away in its "iceberg graveyard"?