While other walls divide people, this initiative is bringing people together. 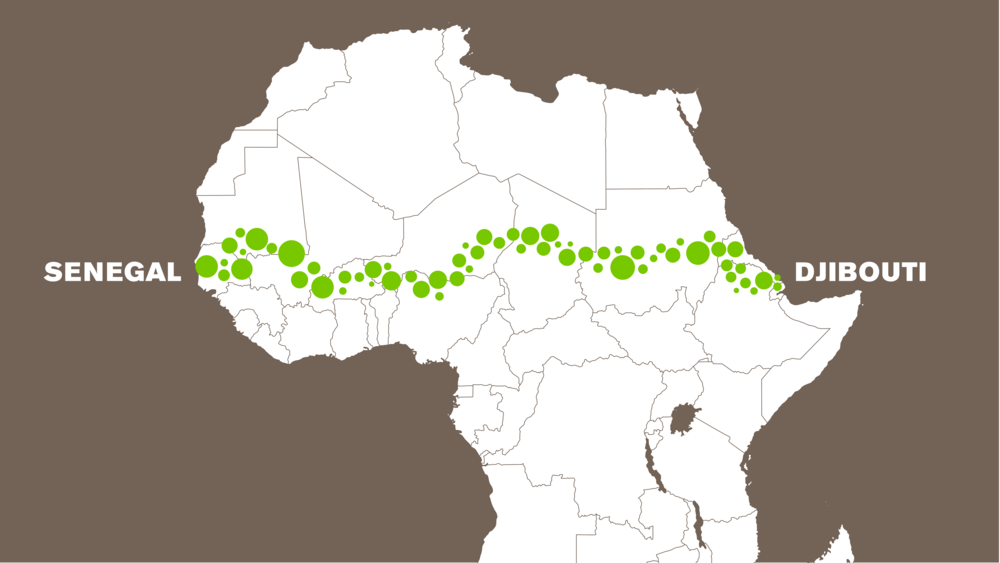 As rainforests burn and desertification spreads, a massive and utopian project is underway in one of the most environmentally degraded parts of the world — and it could serve as a model for saving the planet.

The Green Green Wall is an initiative seemingly pulled from a children’s book, with all the audacity and big-picture thinking that entails. It aims to plant trees and restore landscapes across one of the widest sections of Africa — an area known as the Sahel that stretches 8,000 kilometers, or 5,000 miles — creating a “wall” of verdant ecosystems in the process.

The Great Green Wall is about more than restoring degraded land. It’s about revitalizing communities and fostering sustainable economies, with the understanding that a healthy environment is the bedrock of any healthy society.

The Sahel region of Africa — spanning 10 countries with a combined population of more than 300 million — is beset by a dizzying array of challenges. Tens of millions of people live with chronic hunger. Conflict between and within countries regularly flares up. A general lack of opportunities causes young people to migrate to other parts of the world, often further contributing to geopolitical tensions.

And intertwined with everything — both causing and intensifying other problems — is the degradation of the natural world. Few places in the world have been as heavily affected by the consequences of climate change as the Sahel region.

Severe droughts, floods, and heat waves over the past few decades have ravaged agricultural systems. Small-scale farmers that could once rely upon predictable weather patterns have seen their crops wither and get destroyed with increasing frequency. As agricultural systems have faltered, extreme poverty, hunger, and conflict have risen.

In Ethiopia, severe drought has pushed millions of people into food insecurity. In South Sudan, the breakdown of agriculture has helped to fuel widespread conflict. Nigeria, meanwhile, recently became the country with the highest number of people living in extreme poverty. More than 80% of jobs in the region are in agriculture, which means the economic repercussions of climate change grow each year.

The Great Green Wall was first established as a project in 2007 to fight all of these challenges as part of its holistic approach to development. The project, which has the support of 20 countries in Africa, also receives financial backing from the United Nations Development Programme, the World Bank, and the African Forest Forum. The project received $4 billion USD in 2015 at the UN Climate Conference in Paris, with further commitments from countries like France.

The Great Green Wall aims to

break the vicious cycles of migration that are draining societies of youth;

and ease the conditions that lead to violence.

Getting to this goal will not be easy. Roughly 15% of the Great Green Wall has been completed since work began more than a decade ago. Reaching the 2030 goal requires significant financial support from countries around the world and private sector partners. Further, countries across the Sahel need to dedicate more resources to the project and foster job creation by developing supply chains and markets for the people benefiting from the rejuvenated landscapes.

The return on investment of the wall seems self-evident — fighting climate change, promoting sustainable economic development, and ending conflict. Whereas walls are increasingly being used as barriers between countries, the architects of the Great Green Wall envision a transnational band of thriving life that unifies rather than divides.