Tracking technology could save whales, seals, and turtles from grisly deaths. 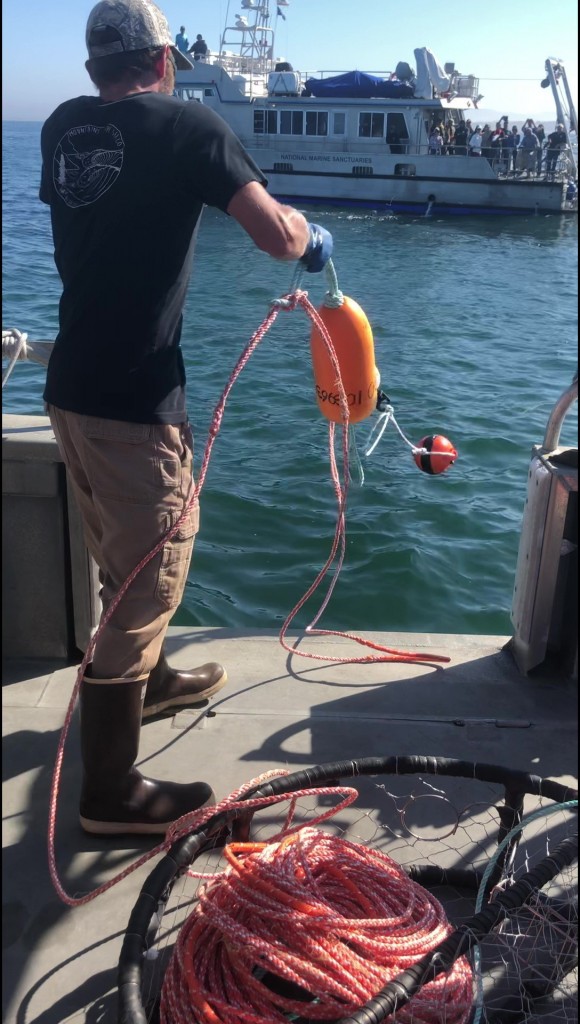 The world is awash in tracking technology — both good and bad — but the fishing industry sometimes seems to be stuck in the 20th century.

Fishers have long been unable to track stray fishing nets and traps that disappear after they’re tossed into the depths of the ocean, pulled away by choppy currents or ripped by rocks and other marine structures.

In fact, an estimated 640,000 metric tons of fishing gear gets lost in the ocean every year, left to capture whatever crosses its path. This phenomenon is called “ghost fishing” and it entangles, mangles, and kills hundreds of thousands of marine animals annually. Ghost fishing gear is also regularly consumed by animals, which can lead to health complications and death.

“Different gear can cause ghost fishing in various ways,” Kortney Opshaug, the founder and CEO of Blue Fishing Gear, told Global Citizen. “When a trap is lost, animals just stay in there, they’re never harvested, [and] those species die and become bait for even more marine life to enter. That cycle is known as ghost fishing.”

The company is developing a tracking buoy that can help fixed-gear fishers — those who use stationary traps — easily retrieve gear. With the technology, the buoy sits on top of the water’s surface, connected by a rope to a trap below, and a fisher can track its whereabouts via GPS on a smartphone app. When the buoy travels too far, the fisher will get a notification so they can get it back.

Even though the pandemic has disrupted the global seafood industry, Blue Ocean Gear is overseeing trials with fishers in the Caribbean, Canada, and Alaska.

The team ultimately wants to maximize the usefulness of the buoys by going beyond merely tracking location.

“We’re already adding additional sensors to the buoys, so you can use fishing gear as a sensor platform now to get ocean data,” Opshaug said. “That way fishermen spread their gear, cover a lot of area, and get a lot of data.”

Ghost fishing gear is first and foremost an ecological catastrophe, but it’s also a huge economic loss for fishers who have to pay out of pocket to replace all the gear that gets lost.

Blue Ocean Gear estimates that the industry loses billions of dollars every year due to lost gear. In the Chesapeake Bay, for example, ghost fishing traps cost the crab industry an estimated $4 million annually in lost crabs alone, not to mention the abandoned gear. More than 145,000 crab traps may be resting on the bottom of the bay, continually harvesting animals.

Over time, ghost fishing gear can cause marine populations to decline, accelerating the effects of overfishing, and undermining the fishing industry in the long-term. In fact, ghost gear accounts for up to 30% of all fish caught by humans, trapping an estimated 136,000 species.

“If you start to take even a small percentage [of ghost gear] off the ocean floor, then juveniles are no longer being trapped, fish populations recover, and fishers are catching more with less effort,” said Peter Macy, chief business officer of Blue Fishing Gear.

Other companies and nonprofits are coming up with similar solutions. In the United Kingdom, Safety Net Technologies is using LED lights to reduce bycatch, when species that aren’t intended to be caught get trapped by accident. The company clips a light device on nets that interacts with different marine species in different ways to ensure that only intended fish are captured.

The International Fund for Animal Welfare, meanwhile, is working with the US lobster industry to develop lobster traps that work without the ropes that oftentimes entangle, harm, and kill whales.

There are other ways to minimize ghost gear and bycatch.

Countries can adopt and enforce strict laws around marine dumping to prevent boats from discarding old gear. Fishers can also be paid in the offseason to retrieve ghost gear that can then be reused or recycled. Coastal farm fishing, meanwhile, allows natural fish populations to recover from overfishing and can reduce the potential for ghost gear.

Some companies are developing biodegradable fishing nets that dissolve in the water if lost.

In the next decade, these and many more interventions will become more urgent. The ocean and all of its inhabitants are facing dire threats as waters warm, acidify, and get filled with industrial pollution.

Whether or not fishing even remains a viable industry and livelihood for millions of people depends on the steps taken today to rebalance humanity’s relationship with the ocean.

Ensuring that all fishing gear is tracked, managed, and retrieved seems like a small and necessary first step.