Many people with asthma could cut their carbon footprint and help save the environment by switching to "greener" medications. 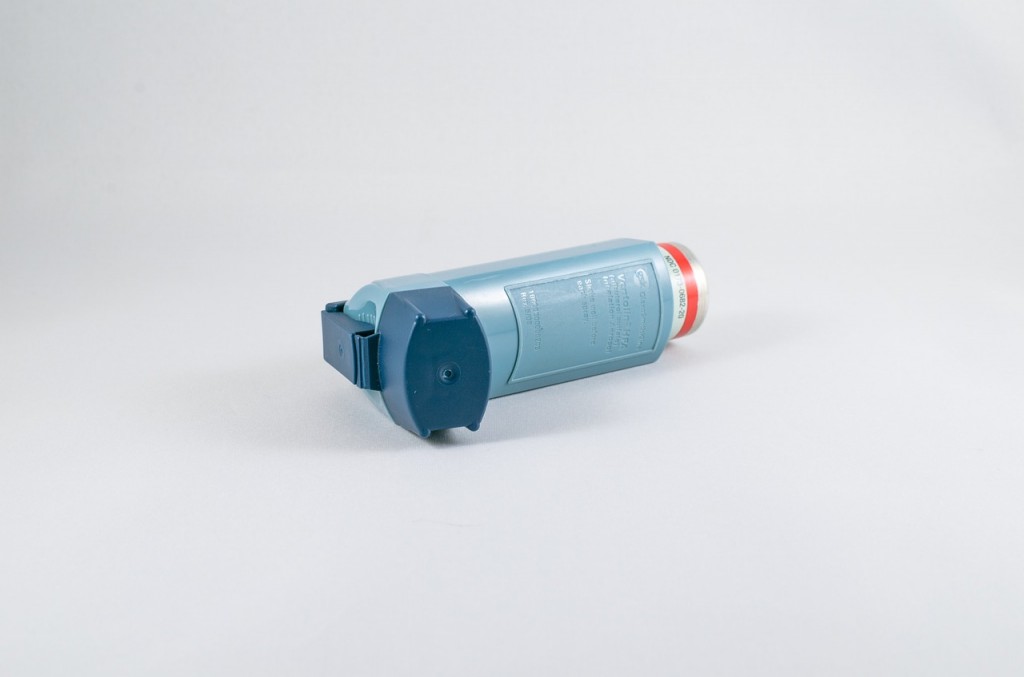 Making the swap would have as big an "eco" impact as turning vegetarian or becoming an avid recycler, they say.

It's because some inhalers release greenhouse gases linked to global warming.

But the Cambridge University team told BMJ Open patients must check with a doctor before changing medication.

Some patients will not be able to switch and should not be made to feel guilty, they add.

There are more than five million people with asthma in the UK.

The research looked at the environmental impact of different inhaler medications prescribed to patients on the NHS in England.

In 2017, about 50 million inhalers were prescribed. Seven out of every 10 of them were metered-dose inhalers - the type that contain greenhouse gases.

The gas - hydrofluoroalkane - is used as a propellant to squirt the medicine out of the inhaler.

Metered-dose inhalers account for nearly 4% of NHS greenhouse gas emissions, according to experts.

The researchers estimate replacing even one in every 10 of these inhalers with a more environmentally friendly type (dry powder inhalers) would reduce carbon dioxide equivalent emissions by 58 kilotonnes.

That's similar to the carbon footprint of 180,000 return car journeys from London to Edinburgh, they say.

And at the individual level, each metered-dose inhaler replaced by a dry powder inhaler could save the equivalent of between 150kg and 400kg (63 stone) of carbon dioxide a year - similar to the carbon footprint reduction of cutting meat from your diet.

Lead researcher Dr Alex Wilkinson said: "The gases within these canisters are such powerful greenhouse gases that they can contribute significantly to an individual's carbon footprint and if you are using one or two of these inhalers every month, then that can really add up to hundreds of kilos of carbon dioxide equivalent over the course of a year, which is similar to other actions that people are keen to take to reduce their carbon footprint such as going vegetarian."

He said doctors and patients should consider swapping to green alternatives when possible - something the National Institute for Health and Care Excellence also advises.

People who need to use metered-dose inhalers should absolutely continue to do so, say experts.

Switching to a different type of inhaler can be complicated for people with asthma, as it involves learning a new inhaler technique, so it should be done with support from a GP or asthma nurse only, Asthma UK says.

For patients who could not change their medication because it was not clinically advisable, Dr Wilkinson said, there were still ways to be "greener".

"It's really important that we use these inhalers wisely, that patients have good technique and they have their technique assessed so we can really make sure every puff counts," he said.

"Also, patients should make sure they know how many doses their inhaler contains so they don't waste any.

"Once you've finished with your inhaler, it's important to dispose of it properly because they've got greenhouse gases left in them.

"Take them back to your pharmacy to be disposed of properly."

Asthma UK health advice head Jessica Kirby said: "It is vital that you keep using your inhalers as prescribed.

"If you are concerned about the environmental effects, talk to your doctor or asthma nurse at your next annual asthma review, to see whether there is another type of inhaler that would work for you."

Simon Stevens, NHS chief executive, said: "The NHS has already cut its carbon footprint by one fifth in the past decade and giving patients the option to, where clinically appropriate, shift to lower carbon 'green' inhalers as set out in the Long Term Plan is not only the right thing for them but also the planet."