If the world warms by 3 degrees Celsius by the end of the century then an additional 73 per 100,000 people will die from hot temperatures each year, according to "the first globally comprehensive" study on the subject published by the National Bureau of Economic Research. 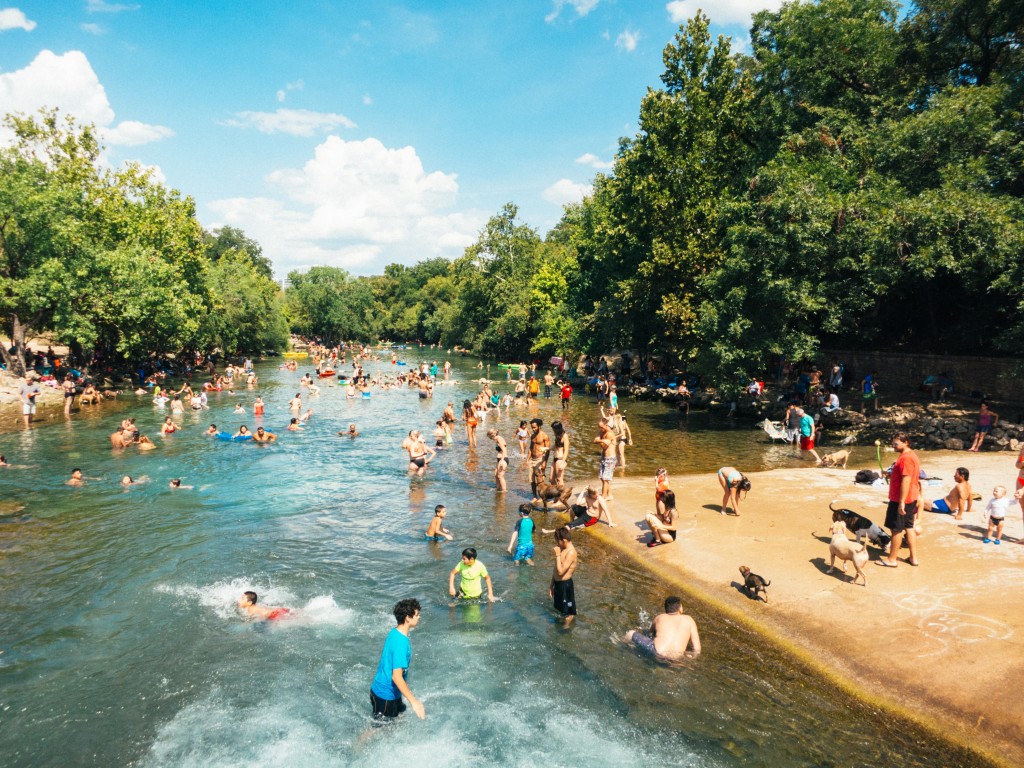 Photo by Tomek Baginski on Unsplash

Such a death toll would surpass the annual mortality rate of all infectious diseases combined — including malaria, HIV, and tuberculosis. The bulk of this brutal outcome will be concentrated in low-income countries that are the least responsible for the climate crisis.

"It’s this double whammy of inequality," Amir Jina, an environmental economist at the University of Chicago and a co-author of the study, told Global Citizen. "Not only are poorer countries getting worse impacts, but they’re also not able to pay as much to reduce these impacts."

Overseeing a global study on the human costs of climate change was challenging for a few reasons, according to Jina.

In particular, data sets are incomplete and nonexistent in large parts of the world. In countries facing the harshest consequences of climate change — such as India or Sudan — data is often hard to come by. Meanwhile, countries with lesser climate impacts, such as the United States, have sufficient data available, Jina said.

The team of researchers wanted to fill in these global gaps in a way that actually reflected the varied living conditions around the world, rather than treating all countries similarly.

They did this by first collecting all the mortality rate data they could — enough to cover 55% of the global population. From there, they mapped the relationship between mortality and temperature, which turned out to be a u-shape. In both heat waves and cold spells, there are more deaths overall.

"We looked at how that relationship changed around the world as a function of people’s incomes and the average temperature," Jina said.

"People who were richer obviously faced a lower impact because they have better infrastructure, air conditioning, and health systems that help them cope with this, and places that were already hot tended to be better adapted, because they had more experience dealing with extreme heat," he said.

A machine learning program was brought in and trained over time to predict data sets for areas of the world with gaps in data collection.

The team was then able to estimate the relationship between temperature, wealth, and mortality to cover the global population in three different scenarios.

They found that while deaths have a direct relationship with temperature increases, the relationship is nonlinear, meaning death rates rise faster the hotter it becomes. More than double the amount of people will die following a 2 degree Celsius increase than the amount of people who will die during a 1 degree Celsius increase.

The gist of this conclusion isn’t new. Other studies have shown that rising temperatures will lead to higher deaths, but Jina said past analyses have focused on temperate, high-income countries. His team’s study is the first that brings in global, comprehensive data to assess the outlook for all countries, he said.

In all warming scenarios, the team found that deaths will be concentrated in low-income countries that have released the least emissions. Countries such as Ghana, Bangladesh, Pakistan, and Sudan will face an additional 200 or more deaths per 100,000 people at this threshold, while colder countries such as Canada and Norway will actually see a decrease in heat-related deaths because extremely cold temperatures will be less common.

Heat-related deaths are both direct and indirect. A person can die from heat stroke, but the vast majority die from health complications from underlying conditions. For instance, a person can suffer cardiac arrest as their heart beats faster to cool down, an event that wouldn’t have otherwise happened in a normal temperature range, the study explains.

"What we really wanted to find are the people who wouldn’t have died at all [barring the rise in temperature]," Jina said. "We do a lot of work trying to make sure we’re accounting for all these complications."

The researchers found that the deaths associated with rising temperatures would not only surpass infectious diseases, but they would also surpass the death toll of cancer.

"We’re not trying to be alarmist and say that we can’t surmount this," Jina said. "[We’re saying that] we spend a lot of money in treating cancer and finding cures for it, and [rising temperature] is something that will be as big a factor on mortality burdens in the future and that’s something we might want to invest in."

Jina said that the regional disparities could further complicate international negotiations around financing for climate resilience and mitigation. Organizations such as the Green Climate Fund aim to help low-income countries cope with climate change, but they’ve faced chronic financing issues.

"What do they do when they go to the negotiations table, what do they have to trade on?" Jina said. "They can’t say we’ll reduce our emissions by a certain point — for a country like Sudan or Uganda that’s a drop in the bucket globally. How are they supposed to say to the US and Russia and China, and other high emitters that their emissions are causing impacts that they aren’t feeling?"

Ultimately, the consequences of rising temperatures go far beyond the deadly potential of heat waves. As temperatures rise, agricultural zones could become inhospitable to crops, rivers and sources of drinking water may dry up, and natural disasters such as storms will become far worse.

These consequences are interconnected and they can all be addressed in the same way — by rapidly reducing greenhouse gas emissions.

"One of the things that this [study] would imply is that it’s better for us from a financial, social, and health perspective to act on this sooner," Jina said.

"The discussion about doing things by 2030 is missing the point," he added. "The best time to act is as soon as possible, and this comes from the data."