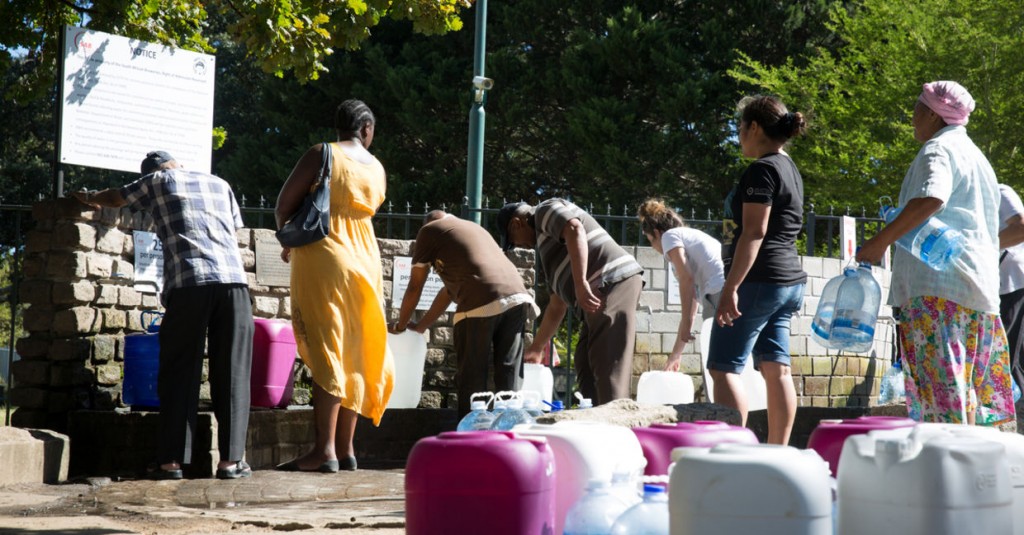 Water is essential for life. That's why early cities were always located by a freshwater source like a spring, lake, or river. Today, we can pipe water a long distance so proximity to a water source is no longer the case.

But with global warming, water has become scarce in many places. That's why designer and founder of Studio Sway, based in the Netherlands, Shaakira Jassat has created a rain-catcher that is slim enough to fit on the outside of urban buildings according to Dezeen.

She was inspired after witnessing the harsh effects of a limited water supply in her native South Africa. Jassat decided to design a system that ensured no one from Cape Town to Pretoria would ever fear the day their taps stopped working.

As traditional architecture relies on keeping water out of the building structure and flowing into stormwater drainage systems, Jassat needed to do the opposite and collect or harvest the water they need.

Her rain catcher – called the Aquatecture panel — is a thin structure that squeezes between even the most densely built structures in urban areas. The slim design catches rainwater and then pumps it back into the building’s grey water system, (the used water from bathroom sinks, showers, tubs, and washing machines).

"The main goal was to create a water harvester that would fit in dense urban spheres through its compactness, visual identity and ability to integrate into architecture," Jassat told Dezeen.

The Aquatecture panels allow residents to provide their own resources to their needs by inputting the rainwater into their building’s greywater system, where it can be recycled. It can also draw in moisture from the atmosphere when paired with condensation technology.

For the sturdiest and most rust-proof design, Jassat relied on stainless steel, and for aesthetics, she collaborated with Japanese graphic designer, Aya Kawasaki, to create various patterns and splashed them with water to test how rainfall would interact with the shapes.

Then, Jassat made her way through several material combinations until she found the perfect balance of what she called, "efficiency and aesthetics."

After revealing the Aquatecture at Dutch Design Week in October 2019, her next step will be to test the design on a building’s facade and experiment with how we can embrace the idea of living more symbiotically with water.

There are also other innovative new water technologies that will ensure that cities have clean water for all their residents. These include solar powered water filtration and fog catchers that have been used in Morocco to supply villages and regions with severe water shortages.

Desalination of seawater is the way that Israel, a country that is made up of 50 percent desert, deals with drought conditions and the technology is being used in 40 countries including China, India, and Australia.

All of these water harvesting creations will allow running water to flow into city taps around the world.