A group of ocean activists removed plastic waste from the Great Pacific Garbage Patch, a massive gyre of floating garbage in the Pacific Ocean. 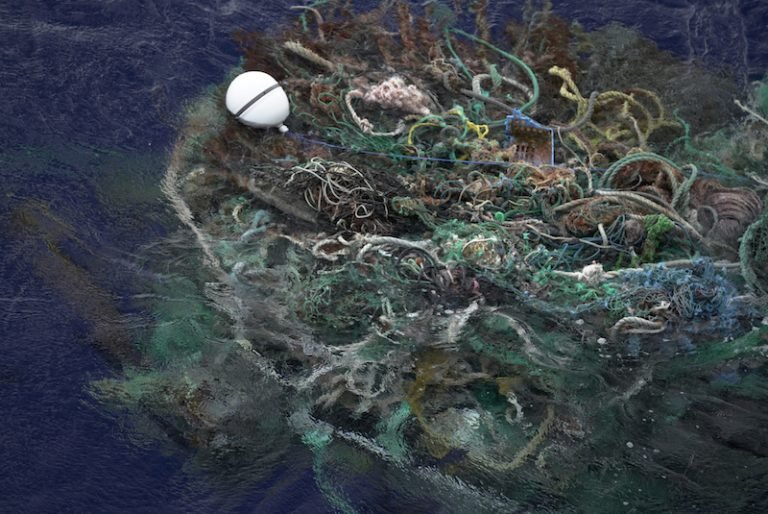 The expedition was led by the nonprofit Ocean Voyages Institute, which was primarily interested in removing discarded fishing nets from the water. These “ghost nets” regularly entangle marine animals, constricting their movements and killing around 380,000 mammals each year.

An estimated 600,000 tons of ghost nets are discarded or lost in the oceans each year, and more than 9 million tons of plastic in total enter marine environments annually, according to Ocean Voyages Institute.

“It is very disturbing to be sailing through what was only decades ago a pristine ocean wilderness and find it filled with our all-too-familiar garbage,” Mary Crowley, founder and executive director of Ocean Voyages Institute, said in a press release.

“Urgent action is needed at all levels: curtailing the manufacture of throwaway plastics, preventing plastic trash from entering the oceans, and enlisting the public, corporations, and the maritime industry in education, prevention, innovation and massive cleanup efforts,” she added. “The question is, are we ready to make it a priority to protect 72% of the planet?”

The Great Pacific Garbage Patch holds far more than ghost nets. During its three-week voyage, the team also came across “detergent bottles, beer and soft drink crates, bleach and cleaning bottles, plastic furniture, packaging straps, buckets, children’s toys, and myriad types of plastic” in the floating soup of garbage, which is estimated to cover an area three times the size of France containing up to 2.41 million tons of plastic.

More than 50 trillion microplastics lurk throughout the oceans.

The team isolated the ghost nets by asking sailors the year before to attach tracking devices to any nets they found in the water. The team members then traveled to the corresponding locations and used a crane to lift them out of the water.

In one startling image, workers crowd around tangled nets hoisted dozens of feet in the air by the crane.

When the voyage returned to shore, the crew members gave 2 tons of plastic to local artists, who will transform the waste into projects to raise awareness of the problem of marine pollution, according to the Associated Press.

The rest of the plastic went to a zero-emissions energy plant, where it was incinerated.

The Ocean Voyages Institute team plans to expand the initiative in the years ahead, but the voyage’s cost may limit how much plastic can be removed from the Great Pacific Garbage Patch.

Still, every ghost net that's removed makes the waters safer for marine animals, and the advocacy surrounding the voyage is shining a much needed light on the problem.

"What we've done out there is small compared to the magnitude of the problem, but it's scalable and can be spread," Crowley told CNN.

"What we've already done has saved a lot of fish and dolphin and whales,” she added. “It was a real proof of concept about being able to find the debris and effectively and efficiently pick it up and bring it in and have it repurposed.”