Preserving heather in the natural landscape could have benefits for wild bees, according to new research. 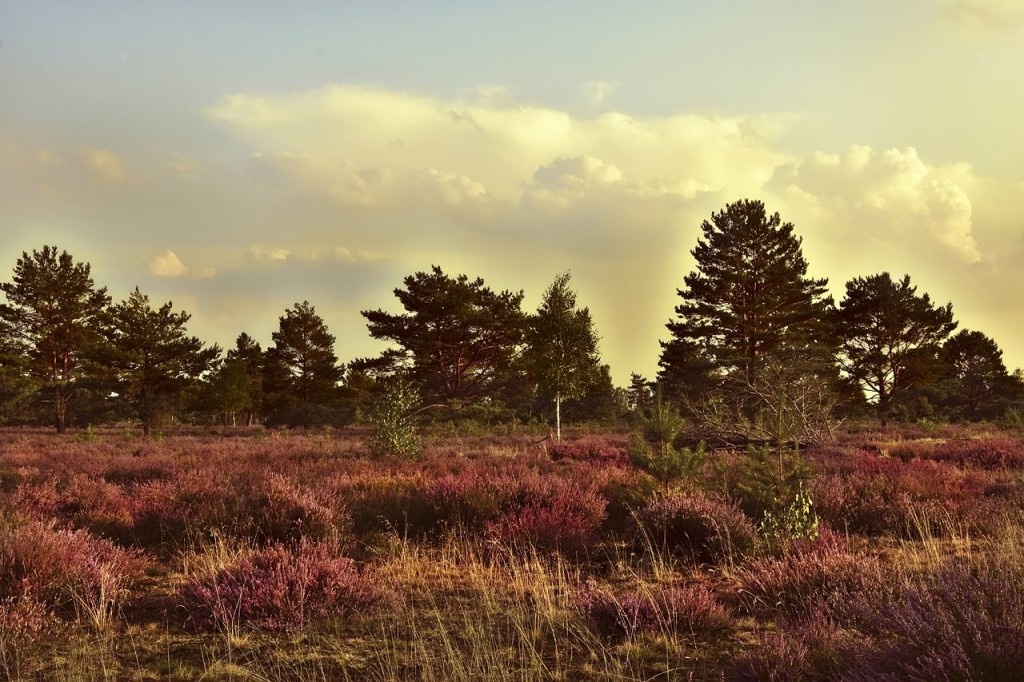 Nectar - and therefore honey - from the plant contains a natural "bumblebee medicine", which is active against a harmful bee parasite.

Heather is a major foraging plant for wild bees, which are under pressure from habitat loss, disease and pesticides.

Lime trees and the strawberry tree also contained the "medicine" but at lower levels.

Heather is a natural part of heathland and moorland, where it is an important source of nectar for wild bees and other pollinators.

The purple blaze of heather is becoming a less common sight, as heathlands and moorlands are lost.

Lowland heathland, with its gorse, grasses and heather, is being given up to farming or conifer plantations, while upland moorland is at risk from grazing and burning.

The scientists say continued loss and degradation of heathlands due to human actions may lead to the loss of a major medicinal plant for pollinators.

"Our work shows that heathlands may be even more valuable than previously thought by providing wild bumblebees with a natural medicinal nectar as protection against a major parasite," said co-researcher Dr Hauke Koch of the Royal Botanic Gardens, Kew.

The researchers from Kew and Royal Holloway, University of London, investigated plants for medicinal properties that could protect pollinators in the wild.

They tested nectar from 17 plants, including ivy, heather, clover and dandelion, for medicinal effects on a parasite found in the gut of bumblebees.

Nectar from heather (Calluna vulgaris) had the most potent effect, due to a single chemical known as callunene. The strawberry tree (Arbutus unendo) and lime trees also had some medicinal activity.

"Understanding which plants are needed to maintain a healthy balance between bees and their parasites can help us restore habitats that maximise bee health," said Prof Mark Brown from Royal Holloway.

Dr Koch said the chemical is also found in heather honey, which deserves further research for possible benefits in humans.