On April 15, 2020, a brief burst of high-energy light swept through the solar system, triggering instruments on several NASA and European spacecraft. Now, multiple international science teams conclude that the blast came from a supermagnetized stellar remnant known as a magnetar located in a neighboring galaxy. 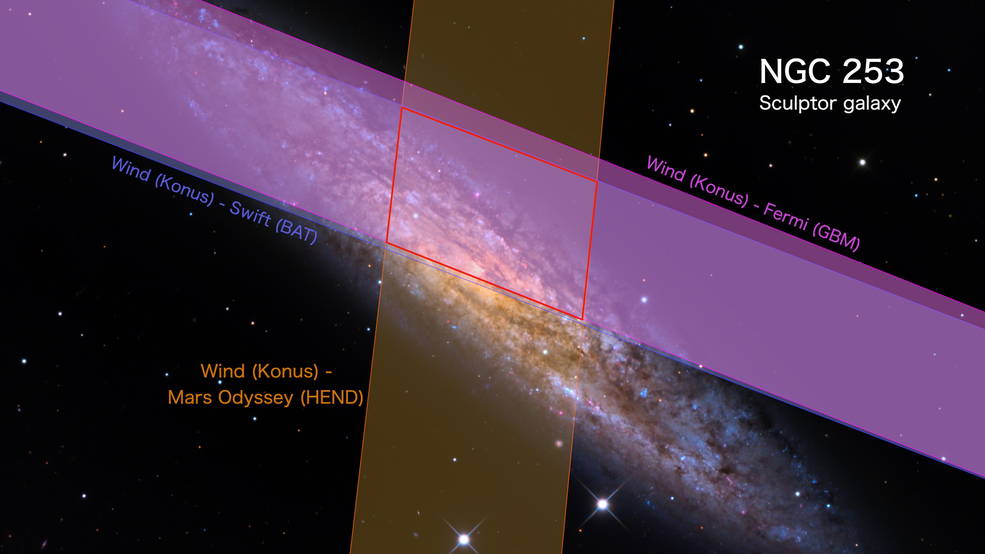 This finding confirms long-held suspicions that some gamma-ray bursts (GRBs) – cosmic eruptions detected in the sky almost daily – are in fact powerful flares from magnetars relatively close to home.

“This has always been regarded as a possibility, and several GRBs observed since 2005 have provided tantalizing evidence,” said Kevin Hurley, a Senior Space Fellow with the Space Sciences Laboratory at the University of California, Berkeley, who joined several scientists to discuss the burst at the virtual 237th meeting of the American Astronomical Society. “The April 15 event is a game changer because we found that the burst almost certainly lies within the disk of the nearby galaxy NGC 253.”

The giant flare, cataloged as GRB 200415A, reached detectors on different NASA spacecraft at different times. Each instrument pair established its possible location in different swaths of the sky, but the bands intersect in the central part of the bright spiral galaxy NGC 253. This is the most precise position yet established for a magnetar located well beyond our galaxy.