During a typical year, over a million people visit Yellowstone National Park, where the Old Faithful geyser regularly blasts a jet of boiling water high in the air. Now, an international team of astronomers has discovered a cosmic equivalent, a distant galaxy that erupts roughly every 114 days. 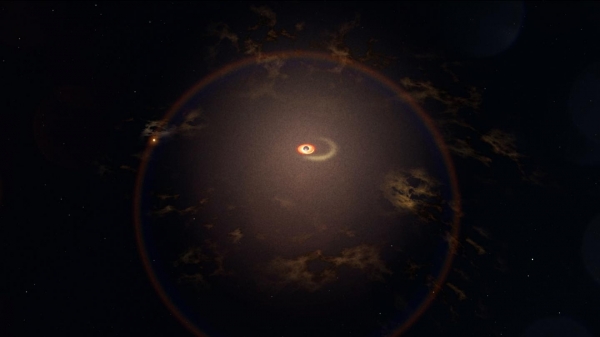 Using data from facilities including NASA’s Neil Gehrels Swift Observatory and Transiting Exoplanet Survey Satellite (TESS), the scientists have studied 20 repeated outbursts of an event called ASASSN-14ko. These various telescopes and instruments are sensitive to different wavelengths of light. By using them collaboratively, scientists obtained more detailed pictures of the outbursts.

“These are the most predictable and frequent recurring multiwavelength flares we’ve seen from a galaxy’s core, and they give us a unique opportunity to study this extragalactic Old Faithful in detail,” said Anna Payne, a NASA Graduate Fellow at the University of Hawai’i at Mānoa. “We think a supermassive black hole at the galaxy’s center creates the bursts as it partially consumes an orbiting giant star.”