Expert say warming in the Alps has thinned ice and snow cover, resulting into frequent rock-falls and landslides. 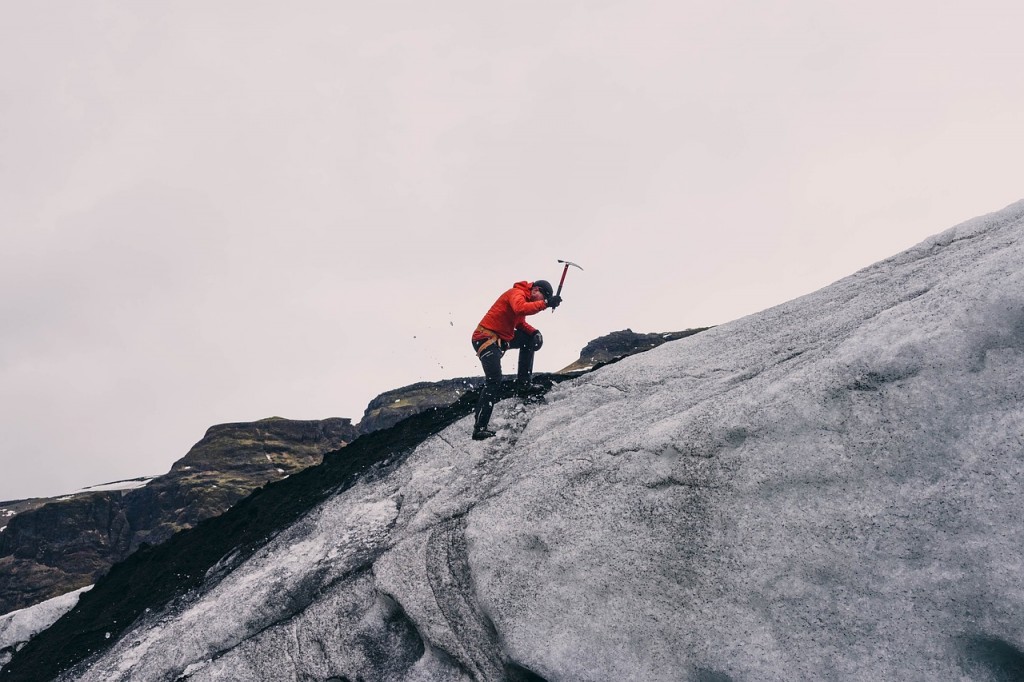 Their concerns were voiced at a meeting of the International Climbing and Mountaineering Federation this week.

Climbing routes have either had to be abandoned or changed because of the increased risks.

In some places, climbing seasons have had to be brought forward.

A study of mountaineering plans for climbers in the Mont Blanc massif showed numerous changes. Almost all climbing "itineraries" for the region had been affected since the 1970s and a few routes no longer existed.

In the journal Arctic, Antarctic and Alpine Research, Jacques Mourey from the University of Grenoble Alpes and colleagues wrote: "Moreover, periods during which these itineraries can be climbed in good conditions in summer have tended to become less predictable and periods of optimal conditions have shifted toward spring and fall, because the itineraries have become more dangerous and technically more challenging."

A 2017 study of several summits in the Mont Blanc massif by a French team showed significant degradation of permafrost between 1850 and 2015.

This led to the slopes becoming unstable, causing rockfalls.

"Many of these routes have become extremely dangerous," Florian Ritter, from the University of Natural Resources and Life Sciences in Vienna, and colleagues wrote recently in the journal BioOne Complete.

"Numerous classical ice climbs in the Eastern Alps have become heavily affected by rockfall and falling stones, as well due to rocks melting out at the ice margins... during late summer and autumn."

The Austrian research also pointed to other factors.

Analysis of guidebooks written for those climbing in the Bernese Alps, Switzerland, confirms the changes.

"In the climbing guides, multiple generations of climbers noted the climbing dangers for whole mountain ranges," said co-author Arnaud Tremme, a geographer with Wageningen University in the Netherlands.

"The oldest guide out of the dozens of guides used in the research was written 146 years ago, this allowed us to record the changes for a longer period and link these with climate change."

For the past 10 years, a network of wireless sensors on Mount Matterhorn in the Alps has been streaming data on the condition of steep rock faces, permafrost and prevailing climate.

"Based on the data we have received, we see that the rate of change is quite fast," said Jan Beutel, a Zurich-based researcher, who leads the monitoring project.

"As a result, some of the places can't be visited anymore."

Climbers here have to navigate the Tasman Glacier, but this is now becoming more difficult because it's melting.

"One of the interesting results of our study was the spatial variability associated with climate change - the impacts are greater at lower elevations, but much higher on the mountains. Because of the large seasonal snowfall, the effects are somewhat buffered," Heather Purdie, one of the authors of a study on the mountain told the BBC.

Mountain guides say routes are now becoming more challenging and they have had to adapt.

"Although impacts of the changing climate differ; on some mountains they are massive, while on others they are not."

Professional mountaineers in the US say some peaks in the Pacific Northwest that still have glaciated terrain have become increasingly hazardous. In some cases, it is no longer possible for mountaineers to climb them.

Although few studies along these lines have been conducted in the Himalayas, mountain guides in the region say climbing is becoming riskier.

They say wearing crampons on thin ice and exposed rocks is particularly dangerous.

"When there is enough snow and ice, the crampons get their grip but now that is becoming less and less available."

"We have noticed that the gaping of crevasses, mainly underneath the surface, are increasing and it appears that is happening because of accelerated melting," said Mr Bhote.

A number of studies in the Himalayas, mainly in the Everest region, have shown that glaciers there are fast retreating.

The Khumbu glacier, that Everest climbers must cross before their ascent, has seen several ponds forming on it and joining up because of its rapid melt.

The annual meeting of the International Federation of Climbing and Mountaineering in Cyprus will also be discussing how to operate in the changing circumstances.

Mr Trommsdorff agreed that the changing nature of different routes needed to be included in training mountain guides.

"We are starting to do something in this regard but we need more of research and development support," he said.

"But we also adapt very well to such changes."