Italian authorities have closed roads and evacuated mountain huts after experts warned that part of a glacier on Mont Blanc could collapse. 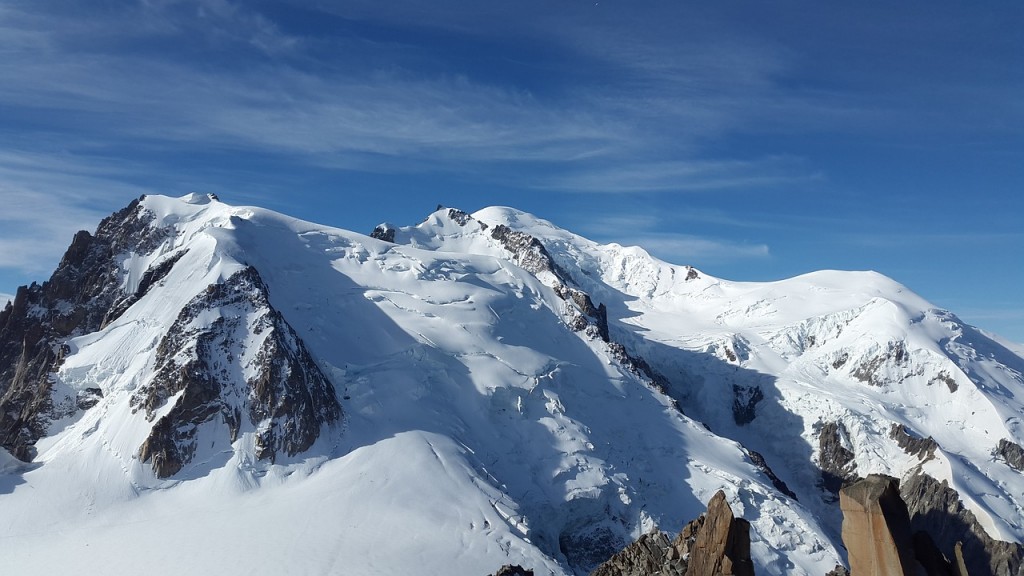 About 250,000 cubic metres of ice are in danger of breaking away from the Planpincieux glacier on the Grandes Jorasses peak, officials said.

The mayor of the nearby town of Courmayeur said global warming was changing the mountain.

It has 11 peaks above 4,000m in France and Italy and attracts hundreds of thousands of tourists every year.

On Tuesday, Courmayeur Mayor Stefano Miserocchi signed an order closing roads in the Val Ferret on the Italian side of Mont Blanc, after experts warned that a section of the glacier was sliding at speeds of 50-60cm (16-23in) per day.

"These phenomena once again show how the mountain is going through a period of major change due to climate factors and, therefore, it is particularly vulnerable," Mr Miserocchi told Italian media.

Experts from the Valle d'Aosta regional government and the Fondazione Montagna Sicura (Safe Mountain Foundation) say it is impossible to predict exactly when the mass of ice might collapse.

The Planpincieux glacier has been closely monitored since 2013 in an attempt to establish the frequency with which ice is melting. But authorities warn that there is no "alert system" in place.

n one weather-related incident in August 2018, an elderly couple were killed near Planpincieux in Courmayeur when their car was swept from a road and into a valley during a landslide. Hundreds of people were evacuated, some of them by helicopter.

Rising global temperatures are causing the melting of mountain glaciers and the retreat of polar ice sheets.

Earlier this month, dozens of people took part in a "funeral march" to mark the disappearance of the Pizol glacier in north-east Switzerland.

The glacier, in the Glarus Alps, has shrunk to a tiny fraction of its original size.

Scientists say it has lost at least 80% of its volume just since 2006, a trend accelerated by rising global temperatures.

Last month, a ceremony took place in Iceland to commemorate a glacier that was officially declared dead five years ago.

Earlier this year tourists on the island captured a section of another glacier, Breiðamerkurjökull, breaking away, which prompted a large wave.