This will help clean the city's air from pollution and humidity. 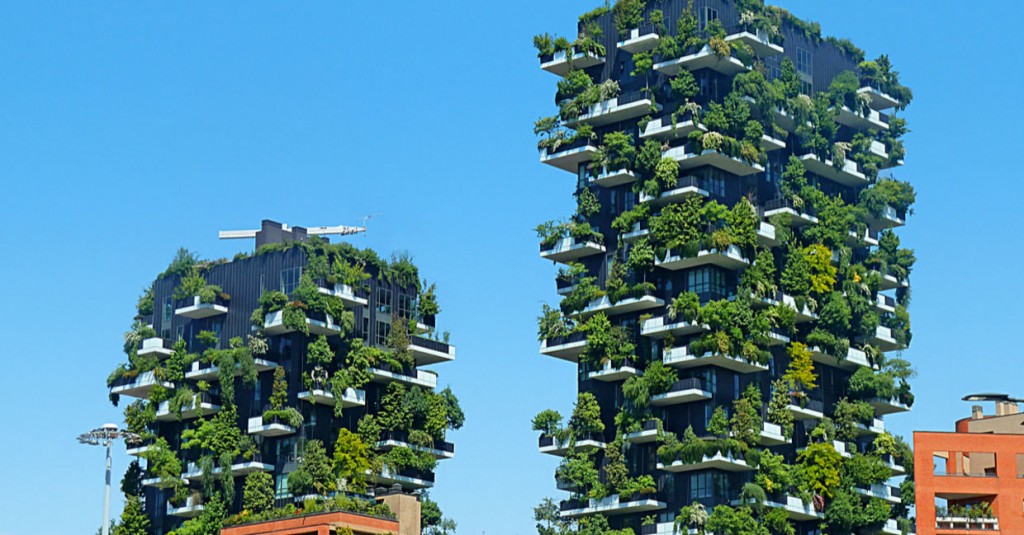 Milan, in Northern Italy, wants to change its colors and go green by planting 3 million trees by 2030.

Italy's fashion capital has been colored shades of grey due in part to its beautiful neoclassical stone buildings and also to the not so wanted grey polluted sky. The ambitious plan to plant 30 percent more trees in the metropolitan area will be a welcome change.

Located close to the Alps, there is very little wind in Milan to clear the air from pollutants which become blocked by temperature inversions. Cool air is blocked by a layer of hot air and that makes the city hot, muggy, and grey.

Damiano Di Simine, the scientific coordinator in Lombardy region for the environmental group Legambiente, told the Associated Press (AP) that potentially the biggest impact of Milan’s green project will be to lower temperatures in a city where the night-time temperature can be 6C higher than in the surrounding areas.

Milan officials believe that the trees will absorb 5 million ton of carbon dioxide – four-fifths of what the city produces – and reduce harmful pollutants by 3,000 tons over a ten-year period according to AP.

Some private projects have already made environmental improvements. The Vertical Forest residential towers were completed in 2014 and were meant to improve the air quality and the quality of life for Milan's residents.

Designed by Architect Stefano Boeri, the pair of towers created a green oasis in the grey city by planting shrubs and trees on every balcony. One of the added benefits of the vertical gardens is that its residents rarely have to put on air-conditioning even in the middle of Milan's hot and muggy summers. The vertical forest absorbs a huge 30 metric tons of CO2 yearly.

"There are also other advantages that are less measurable but I believe that the presence of green and trees has a very important effect on health and psychological state of mind, as it has been proved," Boeri told AP.

Boeri also built the Library of Trees near the vertical forest on 24 acres that include a children's park, a dog park, 450 trees, and 90,000 plants. The Fondazione Feltrinellafoundation is planning to create a 3,300 square meter park near its headquarters.

"I think the theme of forestation is one of the big challenges that we have today. It is one of the most effective ways we have to fight climate change, because it is like fighting the enemy on its own field," Boeri told AP. "It is effective and it is also democratic, because everyone can plant trees."

The green canopy in Milan now stands at just 7 percent of the urban area and is lower than other European cities. According to the World Economic Forum's Green View indexOslo Norway comes in at 28.8 percent, Frankfurt, Germany at 21.5 percent, Geneva, Switzerland at 21.4 percent and Amsterdam, the Netherlands at 20.6 percent. Milan has a lot of catching up to do.

At the COP24 UN Conference, cities were urged to boost the number of trees by 30 percent in their metropolitan areas to help achieve the 2015 Paris agreement goals on curbing global warming. The World Economic Forum has made tree canopy one of its top urban initiatives to help improve the air quality and lower temperatures in a hot world that is getting hotter.

Milan's change of color palette to green is sure to improve the quality of life for its residents and could be emulated in cities around the globe as a completely natural way to improve air quality and reduce dangerous CO2 at the same time.

Australia: The number of climate deniers is more than double the global average

Scientists say reusables are safe to use during COVID-19