Anyone who has ever hesitated in front of a trash bin knows the problem: It’s hard to determine what can be recycled. Consider the average potato chip bag. 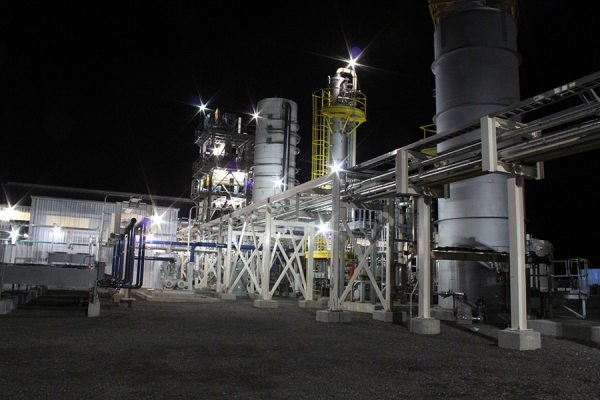 Anyone who has ever hesitated in front of a trash bin knows the problem: It’s hard to determine what can be recycled. Consider the average potato chip bag. It’s got film plastic, metal, dyes, and food residue; it’s complicated. Today’s recycling doesn’t handle complexity well, so the typical chip bag is destined for the landfill.

Landfills take up space, of course, but there is a much more serious problem associated with them — one that was underscored for Daniel R. Cohn, currently an MIT Energy Initiative (MITEI) research scientist, when he was the executive director of MITEI’s Future of Natural Gas study. That problem is greenhouse gas emissions.

“About 130 million tons of waste per year go into landfills in the U.S., and that produces at least 130 million tons of CO2-equivalent emissions,” Cohn says, noting that most of these emissions come in the form of methane, a naturally occurring gas that is much worse for the climate than carbon dioxide (CO2).

This InEnTec plant in Oregon will receive feedstock materials, such as medical and industrial waste, and — using InEnTec’s plasma gasification process — will convert them into high-purity hydrogen for use in industry and fuel cell vehicles.