How Ibiza is tackling plastic pollution

Ibiza generated half a tonne of waste per person this year, which is 14% higher than the rest of Europe. 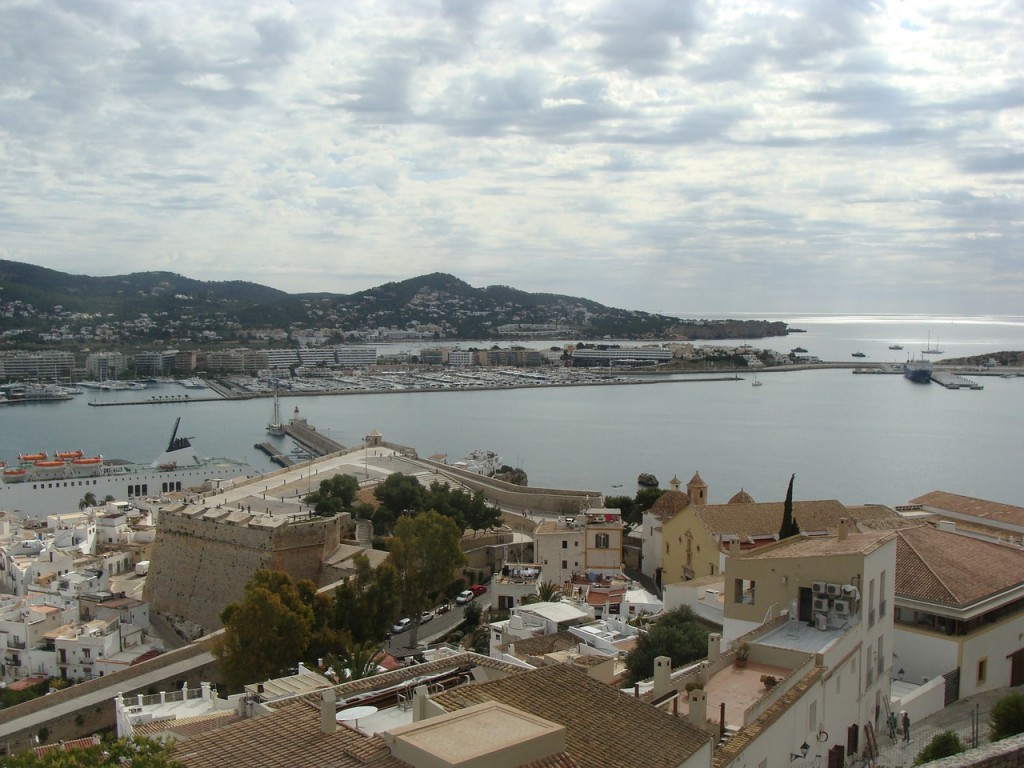 According to figures from the Ibiza Preservation Foundation, this is double the amount per person than Spain produces as a whole.

Part of the problem is that Ibiza thrives on its tourism, and in 2018 more than four million people landed on its beaches - a quarter of these were from the UK.

But, campaigners say, after all the cars, crowds and yachts disappear, a huge strain is left on resources, nature, and the beauty of Ibiza.

Plastic ends up in the sea and on the beaches which is harmful to the marine environment and endangered species.

DJ and producer Blond:ish is popular on the Ibiza clubbing scene, but she is also well known for being a sustainability campaigner in the music industry.

When she is not behind the desks, she uses her time to educate DJs, clubs and clubbers about single-use plastics, in the hope that one day she will DJ at zero-plastic shows.

She says the music industry is a big source of waste, which is a particular problem on a tiny island like Ibiza.

"In the summer, we can play every day and the footprint can be huge. DJing is actually a really small part of it, really we are just travellers."

Blond:ish says DJs can often travel from island to island, country to country, playing sets and urges the industry to "take small steps like offsetting our carbon".

The money is then invested in environmental projects - like planting trees or installing solar panels - which reduce the carbon dioxide in the air by the same amount.

However, some activists criticise carbon offsetting as an excuse to continue polluting, arguing that it does little to change behaviour.

"We are partying in paradise, and paradises have sensitive ecosystems which can't withstand the city lifestyle," says Blond:ish.

Through her campaign group, Bye Bye Plastic, Blond:ish also encourages artists to go plastic-free on their riders, which is the food and drink they request for backstage and in the DJ booths when they play.

She said: "Bye Bye plastic upgraded our riders to be single-use plastic-free." She says this is a "tiny step" but that if DJs, agents and clubbers all pitch in, it will eventually influence the clubs.

But some clubs in Ibiza are already proactively tackling pollution.

Iconic night club Pacha is the first club to sign up to the Ibiza Preservation's plastic-free star rating system, gaining the first star.

The scheme hopes to phase out single-use plastics in Ibiza by 2023, and rewards nightclubs that commit to banning plastics with a star.

Its chief executive, Nick McCabe, says the the venue gets through more than 400,000 plastic straws, and a similar number of plastic bottles on an annual basis.

Founded in 1973, Nick, says: "Pacha is as much Ibiza as the sand and sea." He says he hopes it continues to evolve with the island.

It has already managed to eliminate straws, plastic cutlery, laundry bags and plastic food containers, but Nick says finding a solution to plastic bottles is challenging from a "safety perspective".

He said the star rating system is an "interesting way to feel like there is some kind of reward for companies who get board for what we should be doing anyway".

Tourists are getting involved, too.

Ed Pronc is Dutch but has been holidaymaking in Ibiza with his partner for years.

He was shocked into creating a "plastic-picker catamaran" after he and his partner went for a ride on their boat, and ended up finding a sea turtle trapped in plastic.

"We let it free," he said, "but after that, we noticed there was a lot of plastic floating around."

Now, Ed and his partner go out with a team of volunteers every single day to collect rubbish.

After only an hour of picking, Ed says he can typically find every type of plastic imaginable, from plastic bottles, to food sacks, wiring, ropes, razors and tooth brushes.

He said they also find "refrigerator doors occasionally" too.

He notes that 130,000 people live on the island here all year round, and they are saddened by the way it is "abused".

Ed says anyone with an "active conscience" shouldn't be able to throw or even drink from a plastic bottle anymore.