If people don't have to buy drinking water in bottles, a huge quantity of plastic waste will be diverted. 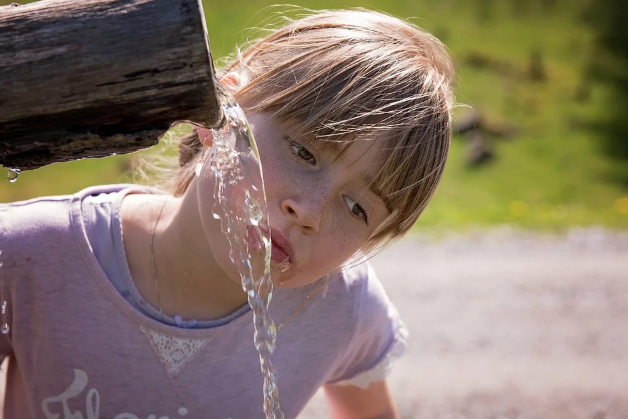 The problem of plastic pollution pouring into the world's oceans is a big and daunting one, for which countless solutions have been offered.

All of these suggestions are important and play a part in reducing ocean plastic pollution, but there is one idea that could make a bigger dent than the rest: Fix local drinking water supplies and eliminate the need to buy single-use plastic water bottles. This could be the most effective way to reduce households' plastic waste, particularly in developing countries.

This recommendation was made by the authors of a new blue paper that examined strategies for addressing plastic pollution "in the context of an already stressed ocean." It was commissioned by the High Level Panel for a Sustainable Ocean Economy, which has representatives from 14 countries that support the UN's sustainable development goals.

It addresses a problem that's different from what we have in North America, where many people have a habit of drinking bottled water, even though the water in their taps is perfectly fine. These people can sometimes be convinced to change their ways, and the public narrative around plastic water bottles has certainly shifted in recent years, shrouding it in stigma. But for people in other parts of the world, who cannot ever drink the water out of their taps, plastic plays a major role. That's where governments need to step in.

An estimated two billion people are forced to buy their drinking water in plastic bottles because local piped water supplies are unsafe. So it's not surprising that hundreds of billions of water bottles are produced annually and discarded shortly after use. This is often in places with limited collection and recycling services, which means the bottles pile up on land, eventually getting washed into the water – because, as the blue paper states, "over 80 percent of the land mass on Earth is in a watershed that drains directly to the ocean." The Guardian reports,

"Wastewater and stormwater management are needed to stop plastic containers from finding their way into rivers, and therefore the sea, when they are discarded. Better local water supplies would remove the dependency that millions of people have on plastic bottles. Other experts agreed and called for urgent action to improve water and sewage supplies around the world, which could rescue people from poverty and ill-health, as well as cut plastic waste."

Jonathan Farr of WaterAid told the Guardian, "You can’t imagine resilient or prosperous countries without [a safely managed water supply]." Nor can we have oceans that stand any chance of recovering from the current influx of plastic waste.

A drinking water overhaul would have to be accompanied by better waste collection and recycling, by sewage and solid waste removal, by small deposits on bottles to incentivize returns, not to mention education campaigns on why it's now safe to use tap water; but think of the scale of ocean plastic pollution that's currently happening – 8 million metric tonnes, or the equivalent of one dump truck's worth of trash getting dumped in the ocean every single minute – and fixing the problem seems less extreme than doing nothing. Let's hope the world pays attention at last.