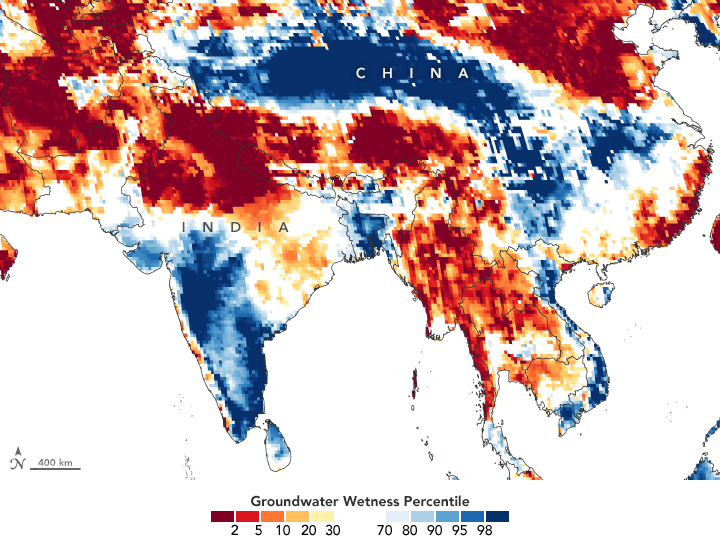 As farmers and backyard gardeners know, plants grow best when they are watered just right—not too little, not too much. A growing number of South Asian farmers are now optimally irrigating their crops thanks to engineers, cell phones, and satellite data. The new tool is helping farmers simultaneously maximize their yield and conserve water.

Water sustainability, food security, and farmers’ livelihoods are all at stake in South Asia, so it is critical to end overwatering. Faisal Hossain, an environmental engineer at the University of Washington, and colleagues are harnessing free and open satellite data to help local farmers water just right.

In research published in March 2021 in Water Resources Research, Hossain and colleagues demonstrated that a staggering amount of groundwater could be saved if a satellite-based irrigation advisory system is deployed to alert farmers who are overwatering crops. In the demonstration project, the team found that SMS text message advisories could potentially save as much as 80 million cubic meters of water in India and 150 million in Pakistan.