At the Seismological Society of America’s 2021 Annual Meeting, researchers shared how they are using fiber optic cable to detect the small earthquakes that occur in ice in Antarctica. 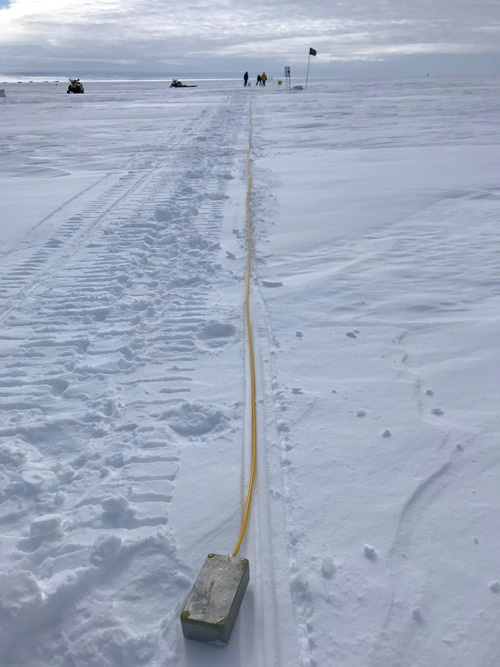 The results could be used to better understand the movement and deformation of the ice under changing climate conditions, as well as improve future monitoring of carbon capture and storage projects, said Anna Stork, a geophysicist at Silixa Ltd.

Stork discussed how she and her colleagues are refining their methods of distributed acoustic sensing, or DAS, for microseismicity—earthquakes too small to be felt. DAS works by using the tiny internal flaws within an optical fiber as thousands of seismic sensors. An instrument at one end sends laser pulses down the cable and measures the “echo” of each pulse as it is reflected off the fiber’s internal flaws.

When the fiber is disturbed by earthquakes or icequakes, there are changes in the size, frequency and phase of laser light scattered back to the DAS receiver that can be used characterize the seismic event.

Michael Kendall of the University of Oxford said the Antarctic research demonstrates how DAS can be used to monitor underground carbon capture and storage at other sites in the world. For instance, the layout of the Antarctic network offers a good example for how a similar network could be configured to best detect microseismicity that could be triggered by carbon storage.