An unused underground shelter in London is an unlikely place one of the world’s largest indoor hydroponic farms. 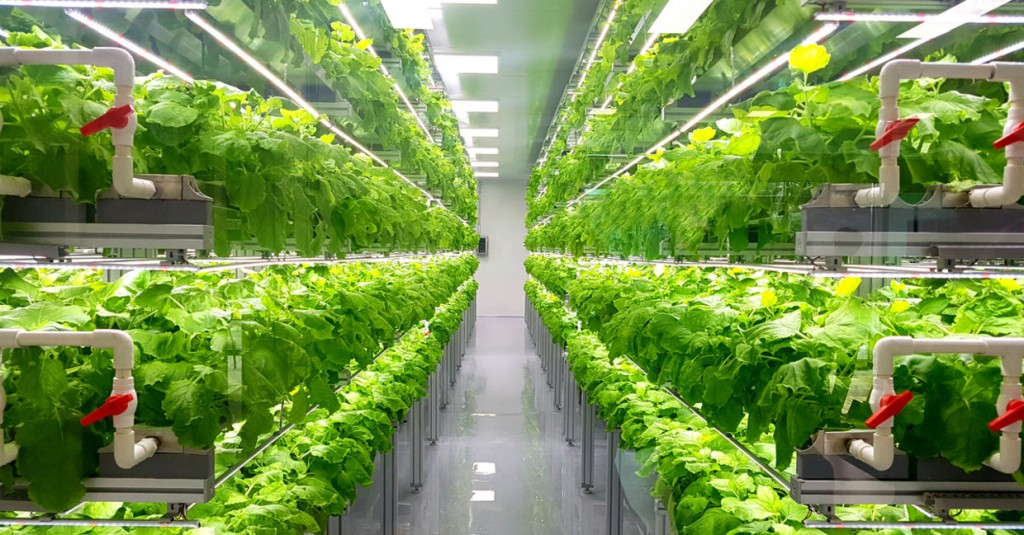 When you picture a farm, do you think of lush fields and a big red barn? The farms of the future may look very different from that.

That’s because farms do not have to be outside anymore. They also don’t have to be above ground. In London England, 100 feet below the streets there was a huge empty abandoned space. It was built to serve as a bomb shelter during WWII and was unused for almost 70 years before it was turned into the world’s first subterranean farm according to This is Colossal.

Entrepreneurs Richard Ballard and Steven Dring thought it would be an ideal spot to build a hydroponic farm, after all, these types of farms are thriving in warehouses and other indoor spaces. They call the company Growing Underground.

Founded in 2015, but currently raising investment funds to expand, Growing Underground’s farm grows microgreens and salad leaves using hydroponic technology that grows plants in water and not soil. In fact, the company said that its hydroponic technology allows for the perfect pest-free growing environment in the underground tunnels.

These methods save 70 percent less water than traditional field agriculture and all the nutrients are kept within a closed loop system. They can grow the greens year-round because they are not affected by weather or growing seasons.

But it is the LED lighting system that is the key to growing food indoors or underground. “There’s a whole lot that can be done with LEDs that is still in its infancy,” Ballard told Positive News. “Already, LEDs allow the growers to alter the flavor of the greens, as their sugars and starches develop differently under different light spectrums.”

Right now, the company only sells leafy greens because they are the only crop that grows fast enough to be economically feasible but Ballard believes that will change. “As technologies improve, you’ll see soft fruits, cucumbers, peppers,” he said.

The company’s mission is to become completely carbon neutral and that means keeping food local. They say that all of the greens can be in your kitchen within four hours of being picked. They currently sell to wholesalers, local restaurants and people who live in London through Farmdrop but they hope to be entering the local retail markets soon.

Ballad told Positive News that growing food closer to consumption will become a common part of the food systems of the future. Since the World Economic Forum estimates that the world needs to produce 50 to 90 percent more food to feed the expected 9 billion people populating the earth by 2050, more sustainable agricultural practices like indoor farms are needed.

While not all indoor farms are as out-of-the-box as being located in an underground shelter, this company is doing its part in providing locally grown sustainable produce for the people of London. Indoor farms can be built anywhere, including a city near you.