Mangroves are disappearing faster than other types of trees. 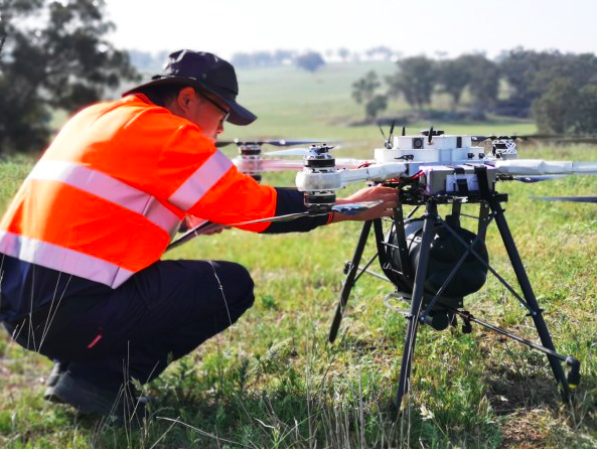 Mangroves once dominated Myanmar’s coasts, but they’ve been ripped up in recent decades.

Now conservationists are deploying drones that can plant hundreds of thousands of trees per day to restore the forests.

Their goal is to plant one billion trees across 350,000 hectares in the years ahead — and they’re doing it in a way that empowers local communities.

Biocarbon Engineering is working with the Myanmar-based nonprofit Worldview International Foundation (WIF) to oversee the project. WIF has already worked with local villages to plant six million trees since 2012, but the drones now make the project exponentially easier.

The drones work by first mapping deforested areas and analyzing the topography. Then they fire biodegradable pods into ideal locations. Sometimes the pods get displaced, so it’s essential for local communities to be involved to make sure the saplings can flourish.

Mangroves are resilient trees that thrive in coastal areas, where their tendril-like roots weave through swamps and shallow bodies of water. In many parts of the world, mangroves are critical to the integrity of coastal communities — they foster food sources, absorb carbon, improve air and water quality, and defend areas against sea level rise and storms.

Despite these benefits, mangroves are being destroyed at an alarming rate — up to five times faster than forests elsewhere in the world, according to the United Nations. So far, nearly a quarter of all mangroves have been destroyed.

The primary drivers of this deforestation are development for coastal communities and aquaculture.

But efforts are underway to reverse this decline, especially as climate change puts coastal areas at risk of flooding and extreme storms.

The UN, in particular, has spearheaded the Blue Forests Project to encourage and support coastal restoration, and grassroots activists who have long protested the destruction of mangroves are becoming champions in the fight.

Biocarbon Engineering is bringing a technology that has often been used by humanitarian organizations to streamline and improve aid delivery.

Other groups are also deploying drones to save the planet’s forests. But unless there’s community buy-in, according to Fedorenko, then these high-tech interventions will fail.

“The project in Myanmar is all about community development and enabling people to care for trees, providing them with jobs, and making environmental restoration in a way that it’s profitable for people,” she told Fast Company. “The forest didn’t vanish by itself — the forest was cut down by local people.”