Crowdfunding campaign raises $3m to save gorgeous fjord from logging

The BC Parks Foundation in British Columbia, Canada, has successfully fundraised $3 million to purchase nearly 2,000 acres of forest in order to protect it from logging. 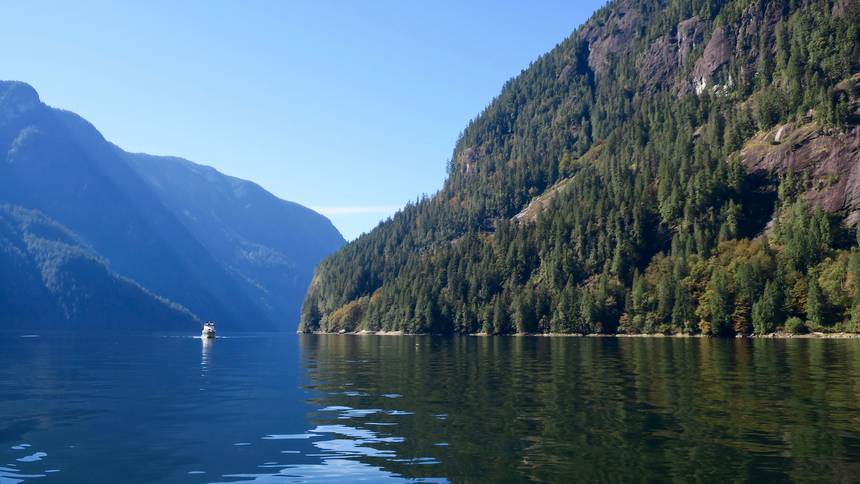 The land is in Princess Louisa Inlet, a stunning remote fjord at the top of Jervis Inlet that is already a popular destination for boaters.

When several logging companies expressed interest in the privately-owned land, many citizens were upset. They approached the foundation and asked what could be done to protect the area. A price was negotiated, but with a deadline of August 28, which added pressure to the subsequent fundraising campaign. As the CBC reported, it almost didn't happen: "The last amount of the money needed came in at the last minute, right on Tuesday's deadline."

BC Parks Foundation CEO Andy Day said the money came from numerous small-scale donors: "It was so many people who gave us $10 or $15 and said, 'This is all I can do, but this is a wonderful thing that you're doing.'" Donations came from across Canada, but also from Germany and Japan.

The hard work isn't over yet, even though the sale has been finalized. The goal is to merge the land with surrounding Crown land and other land that's been set aside for conservation purposes to "create a massive 9,000-hectare provincial park around the entire inlet" (via CBC). Day says the foundation will "work with the Sechelt Nation and the provincial government to sort out the details for the stunning, rugged piece of wilderness."

It's a wonderful success story of how motivated citizens can effect real change by voting with their wallets. And it sets an interesting precedent for how individuals can help drive conservation efforts, particularly in light of recent funding cuts.

To finish with Day's words, "It's just an amazing, amazing thing that people have done."

Summers could become 'too hot for humans'