Britain's countryside will be transformed by policies to combat climate change 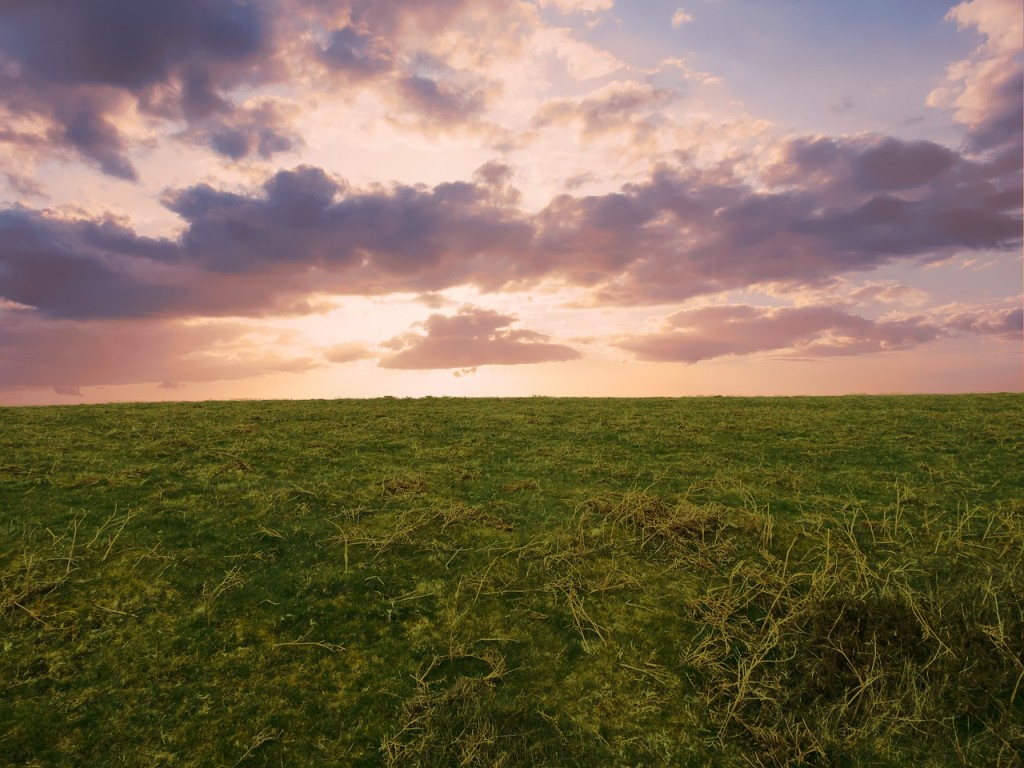 There will be many more trees and hedges but far fewer grazing animals as people eat less red meat, he said.

The farmers' union, the NFU, rejected his analysis and forecast that there may be more grazing animals, not fewer.

It said the UK's well-watered pastures are ideal for producing low-carbon livestock and exporting it to places where growing conditions are less favourable.

This is the first public eruption of a long-running conflict between Professor Boyd, the former adviser to the Department for Environment, Food and Rural Affairs (Defra) and the body that represents Britain's farmers.

Sir Ian thinks the NFU has wielded far too much influence over departmental policy. The NFU believes he is out of touch with the reality of farming.

The antipathy reflects deeper technical, ethical and political debates over the future of the production and consumption of animals for food.

Sir Ian says the UK needs to reduce the amount of red meat it produces and eats if it is to meet the Net Zero emissions target by 2050.

He told BBC News: "What I see is a farming system that's very inefficient and in need of very significant transformation.

"I see a significant part of that coming from the way we farm and consume livestock.

"If we want to move towards Net Zero in the UK, changing our approach to red meat consumption is an essential part of that."

He points out that under international agreements, greenhouse gas emissions are measured in the country where they are created.

That means China gets blamed for the CO2 it generates whilst making goods exported to the UK.

By the same token, the UK's responsible for emissions from its belching sheep - whether they're eaten in Britain or Brazil.

Sir Ian says this system of carbon accounting is most unlikely to change.

Research proves, he says, that because intensively-raised animals grow and mature quicker, they are slaughtered younger - so they belch less methane in their shorter lives.

As methane is a far more powerful greenhouse gas than CO2 in the medium term, that means intensively-farmed livestock are less bad for the climate.

Sir Ian said: "All the evidence tells us that intensive farming done well is much more environmentally friendly than extensive farming.

"Intensive farming is able to apply much more modern technology. And changes (to farming) will lead to significant reduction in the amount of land farmed directly for food."

The NFU takes exactly the opposite stance.

Its president Minette Batters says the carbon accounting system that measures CO2 and methane is too narrowly focused.

She maintains that intensive farming doesn't take full responsibility for its other environmental impacts.

These include huge water consumption in drought-prone areas like California, or Brazilian rainforests being felled to grow soya to feed cows.

Ms Batters says the world should be queuing up to buy red meat produced on the soggy fields of Britain, Ireland and New Zealand.

She told BBC News: "If anything, I think the number of sheep and cows will go up in the UK - to make us less reliant on chemical fertiliser (which produces greenhouse gases)."

She also forecast that British sheep and cows would be bred and reared to reach slaughter much more quickly in order to reduce methane burps.

"The argument about methane is badly flawed. We can 'finish' an animal just as quickly (as intensive farming)… under 15 months using right genetics and using the right breed."

And as the representative of a cross-section of the UK's farmers - including those who raise livestock - she can't accept it's inevitable that people in Britain will eat less meat, either.

Her union is now producing its own ambitious plan for Net Zero emissions agriculture by 2040, and that will put pasture-raised meat centre stage.

It will make the point that grasslands can't be used for any economically useful purpose other than grazing.

Well, a succession of expert reports warn that rich nations are consuming too much red meat for the health of people and the planet - that's whether farmers like the message or not.

But Sir Ian's analysis of the environmental impact of livestock is questioned by Professor Pete Smith from Aberdeen University, a lead author for the Intergovernmental Panel on Climate Change.

He told BBC News the livestock industry should be judged in the round - not just on its climate change emissions.

He said: "If you just look at the issue through climate blinkers you'd do the opposite of what many might want to see.

"By halving the time it takes to get an animal to slaughter weight (through intensive farming) you can halve its belching and halve its methane emissions.

"But that system is arguably much worse for animal welfare, landscape, water usage, and food imports."

He concludes: "It's better for many reasons to produce cattle in a pasture grazing system in the UK than in an area needing water and causing land degradation (like Brazil or the USA)."

He warns: "Current ruminant (sheep and cattle) land in the UK is not economic. Many farmers can't survive without subsidies.

"What's more, the emissions from those animals occur within our national boundaries. So we won't hit UK emissions targets without reducing the size of the livestock herd."

The current EU system pays farmers grants according to the amount of land they own.

The government plans to shift farm subsidies towards what it calls "public money for public goods".

That includes things that benefit the public but don't get accounted for by the market.

So public goods includes improving the landscape, helping drainage, and storing carbon in the soil, in trees and also in pasture land, but not producing food because that's paid by the market.

One system, known a mob grazing, involves sheep or cattle being shifted around from field to field munching grass for a short period of time.

Pioneer farmers who've adopted the practice say it's improving the carbon content of their soils.

But experts warn that pastures can become saturated with carbon so they're not able to take any more.

Prof Smith said: "There are some good schemes for grazing - but there are others which seem to be based on wishful thinking."

Under Ms Batters' vision, when the NFU achieves its Net Zero target by 2040 it will supply the UK market and also export low-carbon meat to countries where livestock farming conditions are less favourable.

By then, she believes, the true value of animals in the extensive farm system will be recognised.

Prof Smith from the IPCC and Sir Ian have a very different vision.

They suggest UK climate policies could lead to the re-wilding of most unproductive hill land, leaving a scattering of animals to adorn the landscape for tourists. One could ask the question: how many sheep is enough?

Meanwhile cattle and sheep production would be largely restricted to more profitable lowland farms where the soil isn't rich enough to grow wheat, but is good for grass.

And here's a thought to end on.

At the press conference of the latest inter-governmental climate report I asked if scientists could be sure whether intensive or extensive systems were better for the environment. The answer: We don't know.

I then asked if it would be better to graze the hills or leave trees to take over. The answer: We don't know.

According to Dr Michelle Cain, an Oxford academic who specialises in greenhouse gas calculations, the real answer isn't really "we don't know", but "it depends".

So if the government fears the climate may reach a tipping point shortly, that points to cutting methane - a short-lived greenhouse gas - as soon as possible.

If the fears focus on planetary heating in the longer term, then it may make more sense to target CO2. That would mean restricting intensive farming.

This suggests that any incoming government will base its countryside and farming policy partly on science but partly on politics and culture.