Climate change: 2020 in a dead heat for world's warmest year

New data from EU satellites shows that 2020 is in a statistical dead heat with 2016 as the world's warmest year. 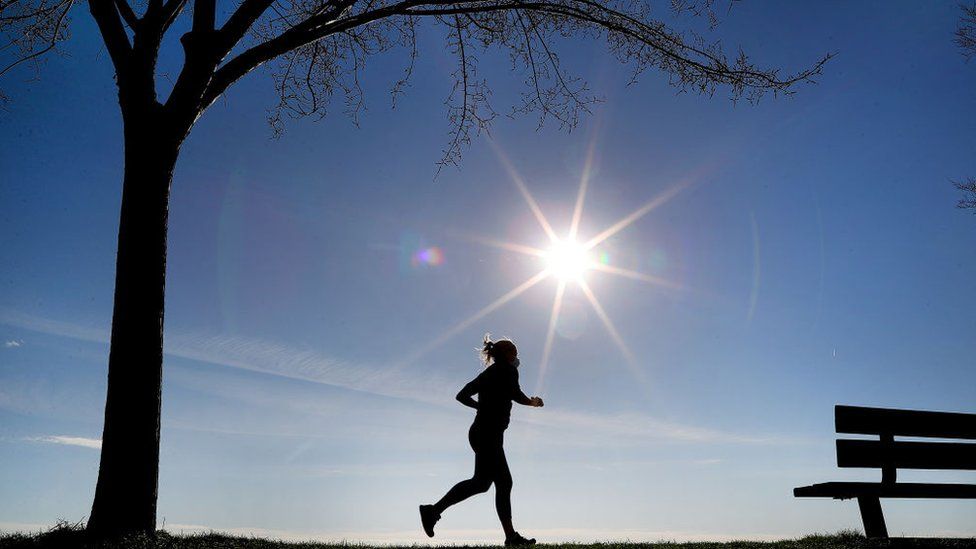 The Copernicus Climate Change Service says that last year was around 1.25C above the long-term average.

The scientists say that unprecedented levels of heat in the Arctic and Siberia were key factors in driving up the overall temperature.

This new, more complete report from Copernicus says that last year is right at the top of the list.

The Copernicus data comes from a constellation of Sentinel satellites that monitor the Earth from orbit.

Temperature data from the system shows that 2020 was 1.25C warmer than the average from 1850-1900, a time often described as the "pre-industrial" period.

One key factor driving up the temperatures was the heating experienced in the Arctic and Siberia.

In some locations there, temperatures for the year as a whole were 6C above the long-term average.

This exceptional warming led to a very active wildfire season. Fires in the Arctic Circle released a record amount of CO2, according to the study, up over a third from 2019.

More data on 2020's temperature will be released in the next week or so from other agencies, including Nasa and the UK Met Office.

The scientists say that the closeness between the years is all the more remarkable considering the impacts of the El Niño/La Niña weather cycle.

Twenty-sixteen was made warmer by a strong El Niño event while 2020 was made slightly cooler by an emerging La Niña in the second half of the year.

Europe also saw a new record level of warming for the year, 0.4C warmer than 2019. A major heat wave in July and August was an important factor driving up the mercury across the continent.

Globally, the 10-year period from 2011-2020 is the warmest decade, with the last six years being the six hottest on record.

"Twenty-twenty stands out for its exceptional warmth in the Arctic and a record number of tropical storms in the North Atlantic," said Carlo Buontempo, director of the Copernicus Climate Change Service.

"It is no surprise that the last decade was the warmest on record, and is yet another reminder of the urgency of ambitious emissions reductions to prevent adverse climate impacts in the future."

While a strong La Niña may cool temperatures a little in 2021, levels of carbon dioxide in the atmosphere are likely to remain high, contributing to ongoing warming.

New data from the UK's Met Office suggests that average concentrations of CO2 will reach levels that are 50% higher than they were before the industrial revolution.

Researchers predict that annual average CO2 concentration at the Mauna Loa recording station in Hawaii will be around 2.29 parts per million (ppm) higher in 2021 than in 2020.

Despite the global slowdowns caused by the Covid-19 pandemic, the scientists say this rise is being driven by emissions from the use of fossil fuels and from deforestation.

While weather patterns linked to the La Niña event may boost growth in tropical forests and increase the amount of the gas that's absorbed, it won't be enough to slow the overall rise.

The Met Office says that CO2 will exceed 417ppm in the atmosphere for several weeks from April to June.

This is 50% higher than the level of 278ppm that pertained in the late 18th Century as widespread industrial activity was just beginning.

"The human-caused build-up of CO2 in the atmosphere is accelerating," said Prof Richard Betts from the Met Office.