Citizen science projects are most effective when it comes to raising awareness of some of the threats the nation's trees are facing. 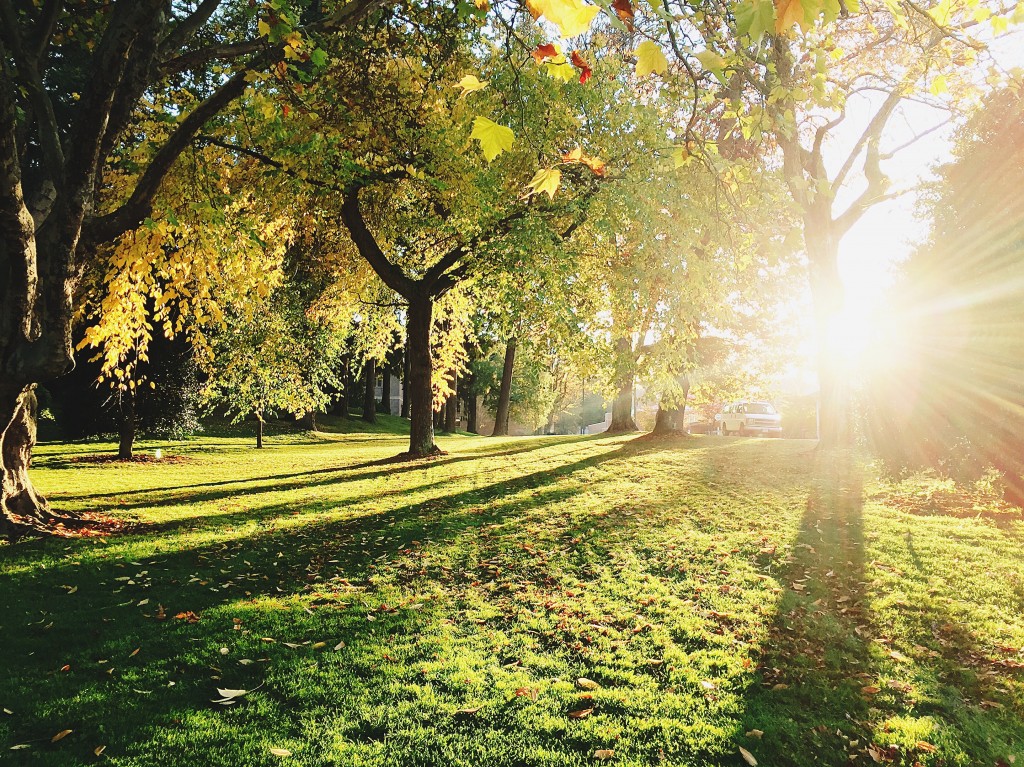 Photo by Madison Nickel on Unsplash

However, these schemes are less productive for delivering meaningful data for scientific scrutiny.

These findings come from a study that has assessed the ability of the UK public to become involved in a tree health survey, co-ordinated by Opal.

The findings have been published in the Insects journal.

The study's publication coincide with the conclusion of the government's public consultation on its tree strategy for England.

The strategy will form the basis of the government's commitment to plant 30,000 hectares of trees each year by 2025.

Open Air Laboratories (Opal) was launched in 2007 and has involved more than 650,000 people in a range of environmental surveys that utilised the collective power of "citizen scientists", ordinary people who went out to look a little more closely at the natural world around them.

"The OPAL Tree Health survey was in effect an experiment to test if the public could contribute towards 'official' surveillance," explained Opal director David Slawson.

"As it was pioneering, there was a responsibility on us to make the government and citizen science communities aware of the results."

It was set up as a result of a number of factors coming together.

"In the early 2010s government staff resources to monitor, identify and eradicate the pathogens were limited, so we tested the efficacy of 'citizen scientists' to support these needs."

With the Conservative government at the time attempting to reduce public spending, this had a knock-on affect in terms of the funding available to government agencies, such as those responsible for the nation's biosecurity.

Yet, also at this time, Prime Minister David Cameron was promoting his "Big Society" concept that encouraged people to become more involved in the community around them.

It was against this backdrop, the Department for the Environment and the Forestry Commission launched an action plan that included engaging and involving the public.

As resources were limited, it was deemed worthwhile to consider the role of citizen science in helping support and maintain monitoring and surveillance frameworks.

Opal, co-ordinated by Imperial College, formed a partnership with Forest Research (the research arm of the Forestry Commission) and the Food and Environment Research Agency (Fera) to launch a tree health survey in May 2013.

Over the course of six years, an estimated 39,000 people took part.

More than 80% of the participants said that they had no previous experience of working with trees.

Nearly 60% of the trees surveyed were in streets, schools, parks or gardens, suggesting that most people decided to do their research close to their home or school.

"The OPAL Tree Heath survey project sought to determine the effectiveness of a citizen science approach in contributing to government tree health, public engagement and surveillance needs," the scientists wrote.

"Whereas the approach was considered largely to be a success in terms of public engagement, it was deemed to be only of limited success in generating useful data on specific tree pests and diseases."

Dr Slawson said the Tree Health survey was successful in reaching out to a new generation of environmentalists, giving them their first experience of the subject.

But not only did it increase their knowledge and understanding of the science surrounding tree health, he observed, but it also had a positive influence on their attitude and behaviour towards the environment.

It was also deemed to be a success in terms of the geographical range of results submitted.

While the survey delivered a volume and breadth of results that were most likely beyond the scope of the professional officials and scientists, a number of "challenges" were encountered, including errors in the data entered, and the lack of verification.

This did mean that the data was not deemed robust enough to be exposed to the scientific methodology used in laboratories.

However, Dr Slawson told BBC News that other OPAL surveys, as well as other citizen science projects, had not experienced such "challenges".

He added that the experiences gained from the project did provide a blueprint for future endeavours.

They wrote: "Firstly, OPAL's mixed success at achieving both public engagement and surveillance objectives demonstrates that scientists or policymakers considering a citizen science approach should be absolutely clear about the overall aim of the proposed activity.

"Is the aim public information, public engagement or surveillance and science? Knowing the aim will then inform the decision on which approach to take and the depth of the citizen involvement in the activity."

The study concluded by suggesting that if future citizen science projects wanted to gather meaningful data then it was better to target the time and the skills of people who had experience or expertise in the areas being considered.

This would help limit the errors and the need for a greater level of verification in future citizen science projects.

"We recommend that a lay person can play a pivotal role especially in times of crisis, when they can be trained for a specific pest or disease, involved only for a time-limited period and required to submit photographs for expert verification," Dr Slawson told BBC News.

He added: "We suggest that developing… a network of citizen observers could help the UK government meet its ambitious target to train at least two per cent of the UK population (1.3 million) as biosecurity volunteers."