The 2018 eruption of Kīlauea Volcano was one of the largest volcanic events in Hawaiʻi in 200 years. 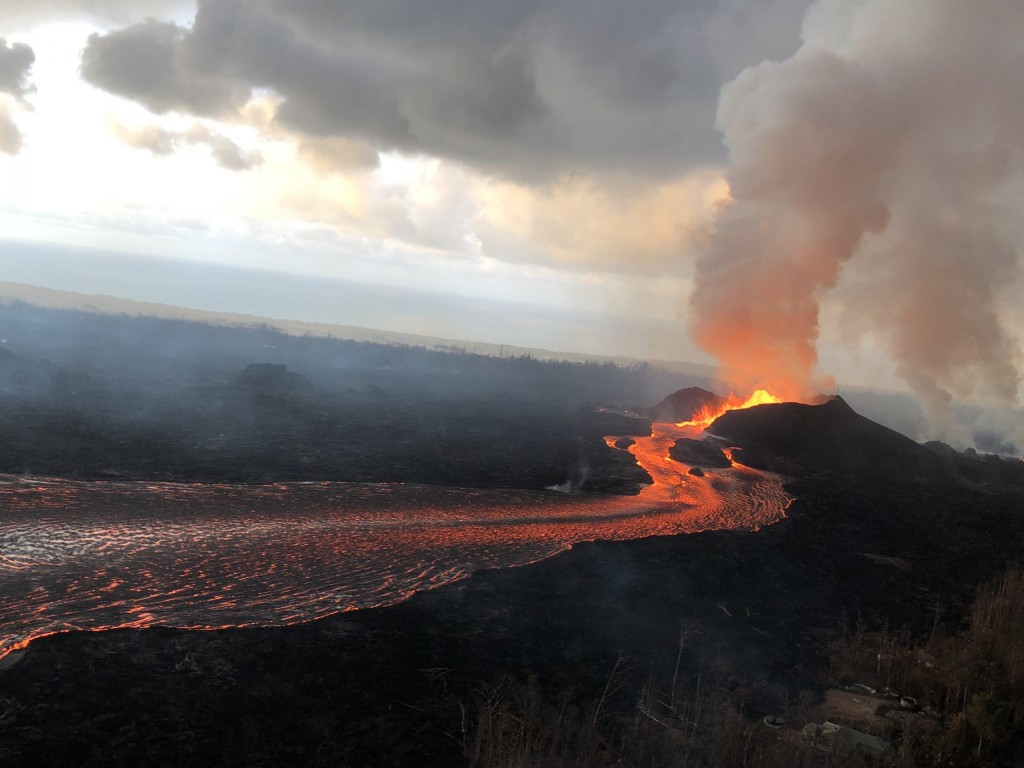 The 2018 eruption of Kīlauea Volcano was one of the largest volcanic events in Hawaiʻi in 200 years. This eruption was triggered by a relatively small and rapid change at the volcano after a decade-long build-up of pressure in the upper parts of the volcano, according to a recent study published in Nature Communications by earth scientists from the University of Hawai‘i (UH) at Mānoa and U.S. Geological Survey (USGS).

Using USGS Hawaiian Volcanoes Observatory (HVO) data from before and during the 2018 eruptions at the summit and flank, the research team reconstructed the geologic events.

“The data suggest that a backup in the magma plumbing system at the long-lived Puʻu ʻŌʻō eruption site caused widespread pressurization in the volcano, driving magma into the lower flank,” said Matthew Patrick, research geologist at the USGS HVO and lead author of the study.

The eruption evolved, and its impact expanded, as a sequence of cascading events allowed relatively minor changes at Puʻu ʻŌʻō to cause major destruction and historic changes across the volcano.