Researchers find that the neurotoxin is carried in by coastal fog, deposited on the land, and then makes its way up the food chain where it is approaching toxic thresholds in pumas. 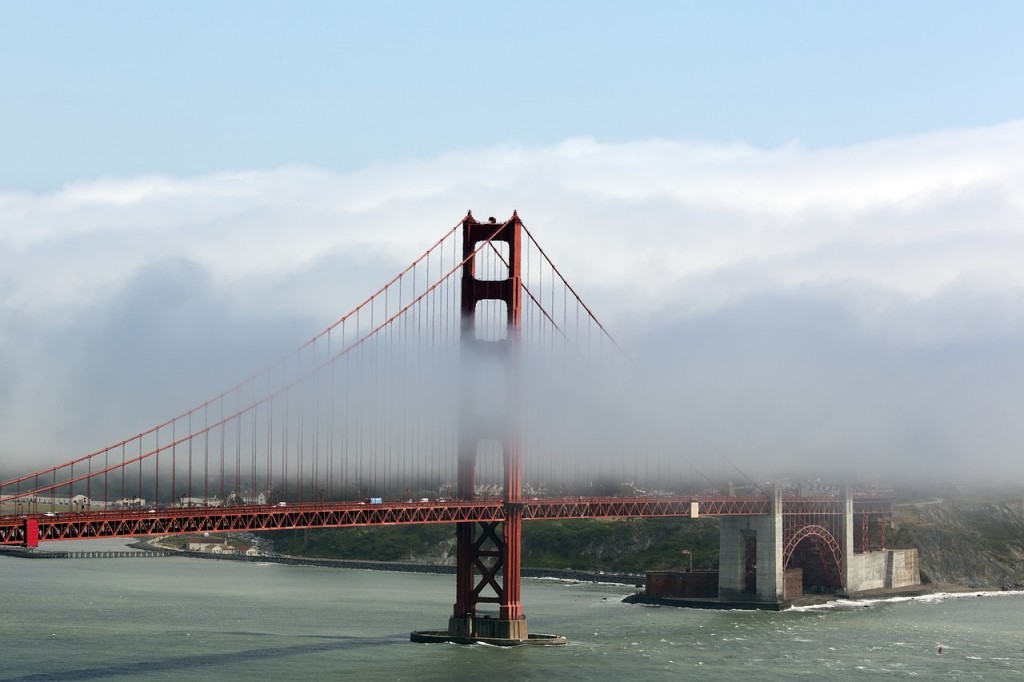 Along the coast of California, Mother Nature performs one of her most poetic tricks: Coastal fog. It slinks in from the Pacific and rolls up canyons, it swaths San Francisco in clouds, and it hydrates the world's tallest trees. It mingles the smell of the sea with that of chaparral and redwoods; it is so precious they make vodka from it! The world may know California for its sunshine, but many Californians cherish the coastal fog as their true mascot.

And it was in this fog that an atmospheric chemist was riding his bike, about a decade ago, when the proverbial light bulb went off.

"I was riding through this absolute fogstorm, with water dripping off my glasses, and I just wondered, 'What's in this stuff?'" Peter Weiss-Penzias recalled. Thinking that mercury might de-gas out of the ocean and turn up in the fog, he gathered samples and sent them to a lab.

"The lab called me, saying they'd have to re-run the tests, because they didn't believe the numbers," said Weiss-Penzias.

Thus begun a field of studying pollutants in coastal fog; now, all these years later, Weiss-Penzias has led the first study tracing the atmospheric source of super-toxic methylmercury in the terrestrial food web, all the way up to a top predator. And the results are ... really depressing.

The University of California, Santa Cruz (UCSC) notes, "Concentrations of mercury in pumas in the Santa Cruz Mountains were three times higher than lions who live outside the fog zone. Similarly, mercury levels in lichen and deer were significantly higher inside the fog belt than beyond it."

Although the researchers say that the mercury in fog does not present a health risk to humans, the risk to land mammals may be significant. With each rung up the food chain, from lichen to deer to mountain lions, mercury concentrations can increase by at least 1,000 times, said Weiss-Penzias.

The mercury levels seen in pumas are nearing toxic thresholds that could harm reproduction and even survival, according to the researchers.

"Lichen don't have any roots so the presence of elevated methylmercury in lichen must come from the atmosphere," said Weiss-Penzias. "Mercury becomes increasingly concentrated in organisms higher up the food chain."

Most of us know that mercury is a problem in the ocean. it gets there after being released into the air by natural processes and human activities like mining and coal power plants.

When this mercury rains down on oceans, anaerobic bacteria transform it into methylmercury, the most toxic form of mercury. When it returns to the surface, it is released back into the atmosphere and carried by fog. At high concentrations, methylmercury can cause neurological damage, including memory loss and reduced motor coordination, and it can decrease the viability of offspring, UCSC explains.

Weiss-Penzias and his team from UCSC looked at fur and whisker samples from 94 coastal mountain lions and 18 non-coastal ones. Among the coastal cats, mercury concentrations averaged about 1,500 parts per billion (ppb), compared to nearly 500 ppb in the non-coastal group. One puma had mercury levels known to be toxic to smaller animals; while two other cats had levels high enough to reduce fertility and reproductive success.

Things are already rough for pumas, one of the area's top predators and a keystone species that plays an important role in keeping the ecosystem in balance. The wilds of California are being consistently diminished as the humans move in, leading to habitat loss and other threats for wildlife like pumas.

"These mercury levels might compound the impacts of trying to make it in an environment like the Santa Cruz Mountains, where there is already so much human influence, but we don't really know," said senior author Chris Wilmers, a professor of environmental studies and the director of the Puma Project. "Levels will be higher 100 years from now, when the Earth's mercury budget is higher because of all the coal we're pumping into the atmosphere."