Australian court rejects coal mine because of CO2

Protesters around the worldare increasingly demanding that we "keep it in the ground" when it comes to fossil fuels. 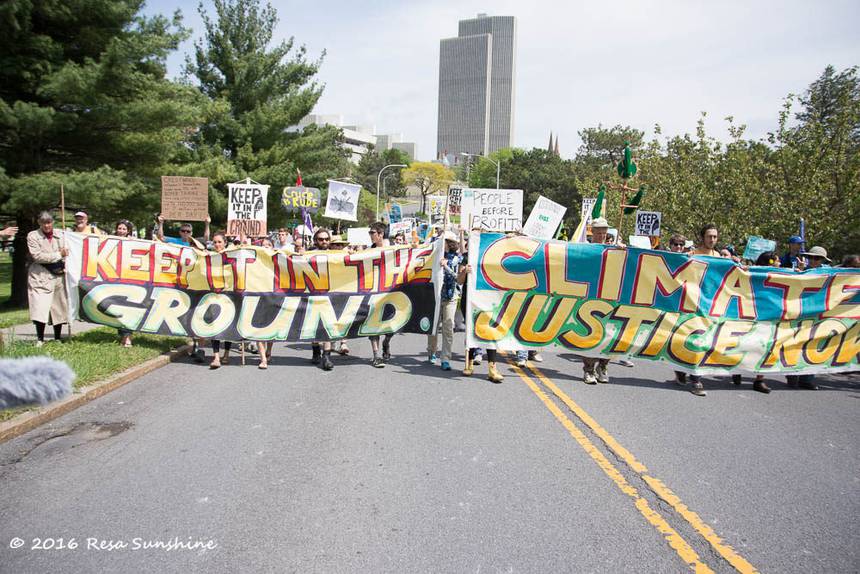 Bianca Nogrady over at Nature reports that, for the first time ever, in that country at least, a court has rejected the opening of a coal mine specifically on the grounds that it will add to global greenhouse gas concentrations at a time when we need to be bringing them down rapidly. Nogrady quotes chief judge Brian Preston who, in his ruling, explicitly stated that the project should be refused because:

“The greenhouse-gas emissions (GHGs) of the coal mine and its product will increase global total concentrations of GHGs at a time when what is now urgently needed, in order to meet generally agreed climate targets, is a rapid and deep decrease in GHG emissions.”

And coming on the heels of actions such as kids suing governments over climate change, it emphasizes how legal challenges may play a key role in forcing the hand of legislators and corporations alike to finally start taking the threat of climate change seriously.

Whether it's the fight over Keystone XL or the push against fracking in the UK and elsewhere, activists are increasingly putting pressure on the fossil fuel industry's ability to expand and its social license to operate.

Getting courts to take the very real threat of global climate change seriously—and to link it to the fact that we must keep fossil fuels in the ground—could be an extremely strong lever to pull in speeding up the transition to a low carbon economy.